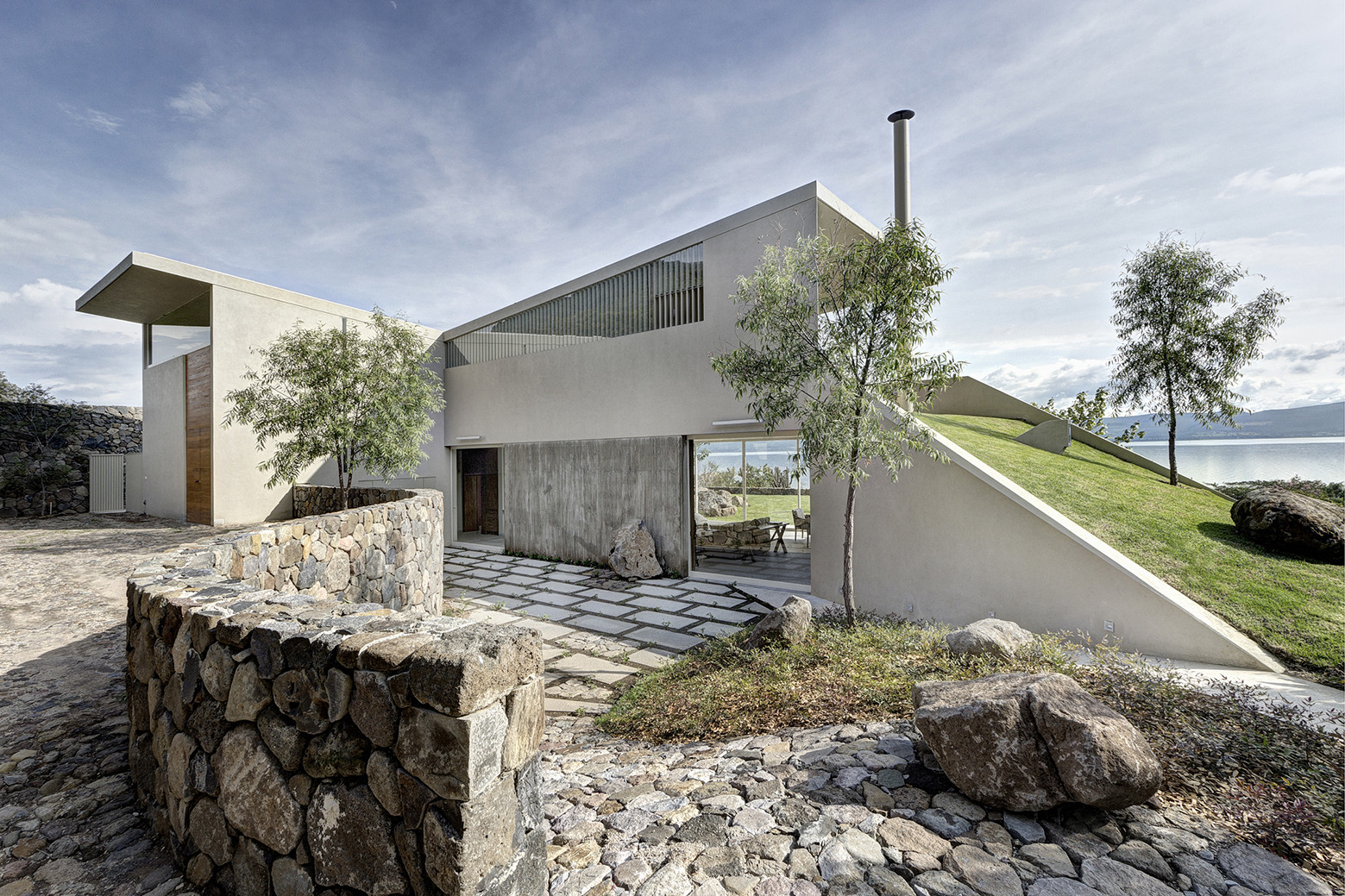 The project is a weekend house for a family from Guadalajara. The property is part of a small ecological subdivision located on the slopes of the hills that surround Lake Chapala, near the town of San Juan Cosala, municipality of Jocotepec, Jalisco, Mexico.

Lake Chapala generates a comfortable temperate climate throughout the year, it is considered one of the best climates in the country. The land has an area of 2,720 m2. It has an irregular rectangular shape and with a constant slope of 15% down to the lake in the north - south direction.

The clients are a strong couple married for 35 years. They have 5 children aged between 32 and 17 years: 1 woman (the eldest) + 4 males. They wanted a house: "... to our liking, functional, practical, cozy, spacious, airy, fresh and easy to maintain. With bungalows for children and guests and an open prayer space. An intimate place, that we miss upon leaving and feel joy when we return. "

As a weekend house, we sought to generate user experiences different from that of daily living in the city, through various informal and free spaces, from surprising paths that encourage discovery and joy, that foster an ongoing dialogue between user and environment, with the hills, with the house, with the lake.

We tried to lessen the impact of the overall construction of the house in the site, so that the house was not invasive in the place, so that it was properly integrated in the landscape looking for that subtle balance of elegance. The intention was that the majestic hills come down to the site, roam the garden and get into the house. It was clear that the more wild garden we designed, greater integration into the context and the lower the cost of maintenance.

Both the architectural genre as the place for the house suggested an awakened and dynamic language, festive and free, which at first made a bow to the south, towards the imposing Lake Chapala (the largest lake in Mexico). And in the second instance to the north, to the majestic hills, which have been constant witnesses and faithful guardians of the lake.

We tried to respect the need for independence both of the children -according to their age- and of the guests, so we opted for a few bungalows away from the main body of the house. Their location and the prayer space were determined by the routes along the ground to optimize and exploit the entire site.

Efforts were made to use the passive renewable energy like the sun, the wind ... in order to keep the house cool and ventilated naturally and also to lower the costs of electricity. There was an extraordinary skewed view of the edge of the banks of the lake, the problem is that it coincided with a cultural habit that a western orientation is bad. We convinced the clients to take advantage of the belief that there are no bad orientations but bad solutions.

The set was solved by dividing the land basically into 3 platforms, these were resolved in stages respecting the natural slope. The main body of the house was located on the highest platform, offering the best views of the lake and where a greater sense of mastery is experienced. We placed a bungalow with two bedrooms plus services in each of the remaining two platforms.

The main body of the house is designed on two floors. On the ground floor are the main hall (which fully opens to the outside as a terrace), kitchen and private terrace (climbing for few people) and finally, service spaces that were located on the north-east corner of the property, such as: laundry, bedroom and bathroom as well as wineries and others ... upstairs are 3 bedrooms overlooking the lake and a room overlooking the hills. The master bedroom occupies the authority and hierarchy it deserves on the site. The third bedroom takes advantage of the view of the lake to the west, this radical orientation was solved through a sliding wooden lattice that helps create a flexible and ambivalent space.

The bungalows were designed based on two fundamental criteria: avoiding blocking views of the lake from the highest immediate platform and fusing windows with retaining walls, and its green roofs with upper gardens. The bungalow on the lower platform, without a lake view, is located in the south-east corner of the property with the intention of creating a different, more defined and more intimate space to rest, creating a tribute to the old wild cactus with its stroke. 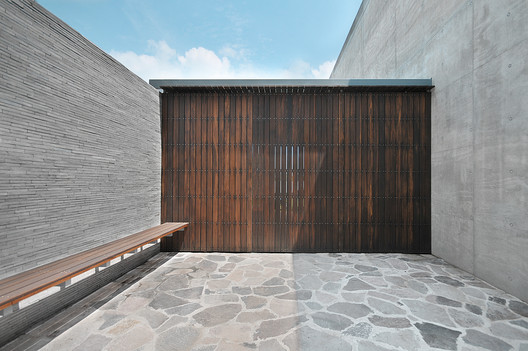