Save
AD Round Up: South Africa World Cup 2010 Stadiums
Share
Or
Copy

World Cup 2010 kicks off this Friday in South Africa and millions of people all over the world will be cheering for their national team. So to prepare ourselves, we decided to show once again the stadiums of Port Elizabeth, Durban, Cape Town and Johannesburg. Check them all after the break. 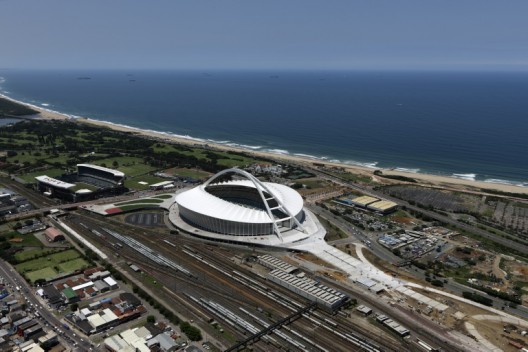 South Africa World Cup 2010: Moses Mabhida Stadium / gmp architekten Situated on a raised platform, the multifunctional stadium is accessed from the south via a broad flight of steps. A 104m (two-pronged) arch curves high over the stadium as an emblem, visible far and wide. The main entrance at the end of a 2.5 km linear park coincides with the bifurcation of the arch, as a gateway to the city (read more…) 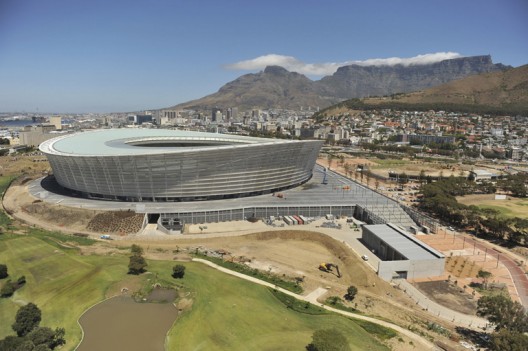 South Africa World Cup 2010: Greenpoint Stadium / gmp architekten The geography of Cape Town is uniquely dominated by the contrast of the Table Mountain massif and Signal Hill with the gently undulating landscape and, sorrounding it all, the Atlantic Ocean. Greenpoint Stadium is a landmark building in the parkland of Greenpoint Common at the foot of Signal Hill, and blends respectfully with the landscape as a whole (read more…)

South Africa World Cup 2010: Soccer City Stadium Soccer City Stadium is located in Johannesburg and it was originally built in 1987. Among other important events, it hosted the first massive speech from Nelson Mandela after his liberation in 1990. However, it was completely renewed for the upcoming World Cup, becoming the stadium where the starting and the final game will be played (read more…)