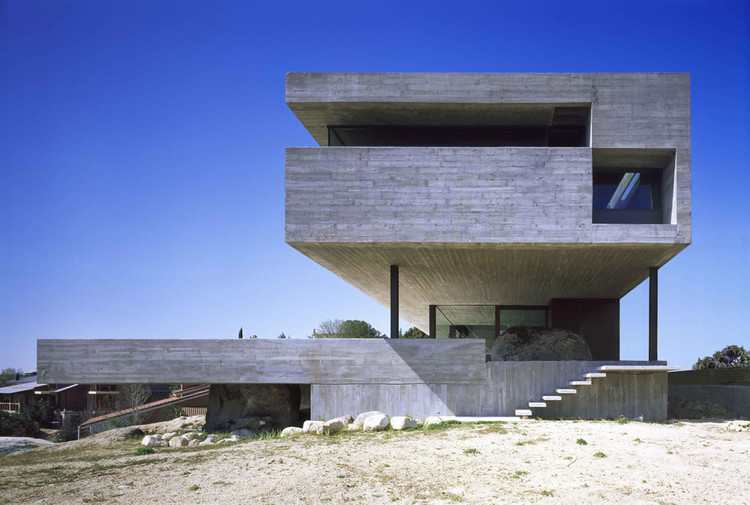 Text description provided by the architects. The house is located in a small neighbourhood on the west boundaries of Madrid in a place called “los Peñascales”, that mean something as well as great stones. The plot is characterized to have a great slope oriented to the south and have two great granite rocks partially covered by moss. The structure of the house at a functional level as formal is explained perfectly in section. The underground level is used to solve the encounter with the slope of the land.

It incorporates two granite rocks, one of them structurally and other as an articulation that makes the main access to the house. The ceiling of the underground level generates the white floor made of calcareus stone that constitutes the noble plane where the daily life is developed. A single space opened to the south only close by glass that disappears to incorporate the water plane of the swimming pool in a first plane and the mount named “el pardo” in a second.

This closure does not fit with the perimeter of the first floor but moves inside to generated two porches at the ends and a marquee on the front that allows the entrance of rays of the sun in winter and is protected of its impact during the warm months of summer. The first floor is been thought like a closed box made of concrete that floats over the glass of the ground floor. Here is where the rest of the rooms are organized as well as the zones destined to the study.

A unique bay window located at 1,40 meter of height allows to trim the skyline of the landscape and uniformly illuminates the concrete ceiling. The independence of levels is only interrupted by two double heights that put in relation both spaces described previously. The economic restrictions have caused that the house is solved with the minimal possible gestures that nevertheless generates a great diversity of spaces and attractive situations. 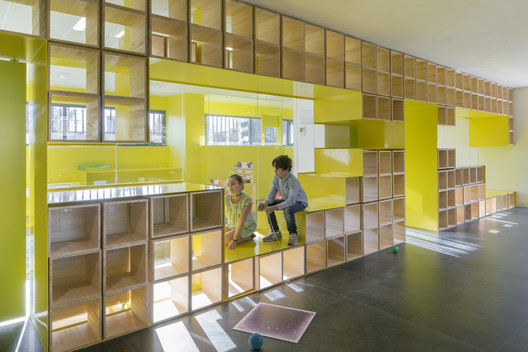 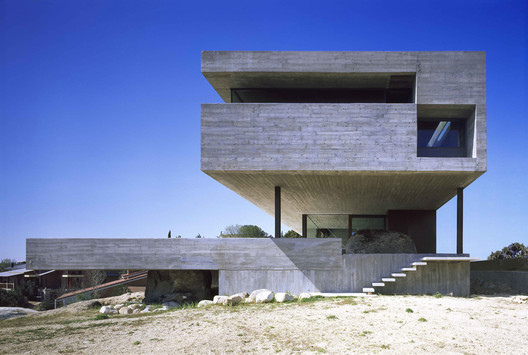