The prolific body of work produced over the last half century by Moshe Safdie and his firm is somewhat anomalous in the pantheon of high-profile living architects. It is unique in both formal and philosophical terms, nostalgically guided by the ethical precepts of bygone modernist theory while working in architectural languages significantly evolved from midcentury standards. In the course of a comprehensive review of his projects, it is perhaps the very lack of an isomorphic personal signature that makes his celebrity so unique. The Safdie “look” is chameleonic, deliberately adapting to culture and context without suffering from the burden of personal branding, unified by theory and a geometric playfulness that transcends architectural language and affect. 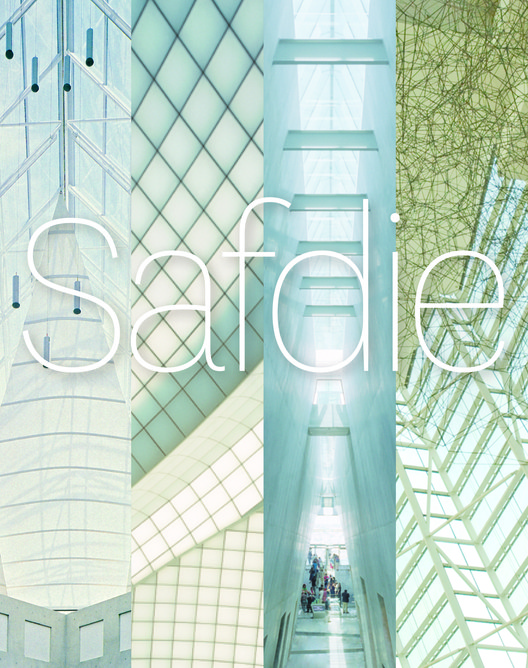 “Safdie,” a recent eponymous monograph released by Images Publishing, is the most comprehensive collection of the architect’s work yet published. It documents his explorations into modularity and typology that first established his international reputation alongside later ventures in civic architecture and urban planning. Mature incorporations of postmodern historicism are juxtaposed with explorations into critical regionalism and structure-based forms, an impressive display of versatility unusual in contemporary practice. Colorful texts, both by the architect and by others, contextualize his work within a rigorous theoretical and historical framework. It is a monograph both for the layperson and for the architect, a beautifully curated celebration of Safdie’s career and a provocative inquiry into the responsibility of the professional.

The following text is an excerpt from Safdie’s 2009 essay “On Ethics, Order, and Complexity.”

Not so long ago, the prophets announced that the digitally wired world would no longer need spatial interaction in living cities. Yet as we wire up and expand our digital networks, our need to interact personally seems to be increasing. Despite expansive visions of the virtual city of the future, we find that the hunger to live and work face to face remains the dominant force in the spatial organization of the city.

In our work of the past twenty years, the issues of urban order, contextual design, and respect for the larger environment emerged and reemerged as central influences. Because I believe that our designs are answerable to society (however we might define that term); that design is about constraints and limits; that designs must respond to the timeless rather than the immediate, I constantly seek to define the component parts of an ethical framework to govern the making of architecture. I think of it as a checklist of good conduct.

It is essentially a matter of compassion. We who are charged with conceiving our physical environment have an obligation to serve the well-being of those for whom we build. I often tell my students that if they can get into a state of mind where, when they design, as they draw each and every line, shape a model or instruct the computer, they come to identify with the individuals who will live in and use their structures to the point where they feel that they have become them, this is halfway to victory. With this in mind I have, for my own convenience, framed a few principles:

These three framing principles are, of course, not new. They resonate with the voices of generations.

Beyond the timeless principles that give relevance and meaning to architecture, there are issues of the moment, specific to our time and place: the available construction technology; urban realities of density, demography and scale; the social order of the day—in short, the forces that shape our environment. Our work of the past decades has consistently addressed these issues:

In designing all of our projects we ask: Can architecture uplift the spirit? Can it evoke the emotions stirred by music? Can it transform us?

Safdie was designed by Pentagram, led by Michael Gericke with Matt McInerney. 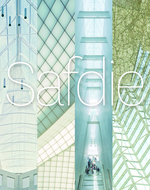