Three students from Diploma Studio 10 (DS10) at the University of Westminster have received grants to see their designs realized at this year’s Burning Man festival. The projects - The Infinity Tree, Reflection, and Bismuth Bivouac - are temporary pavilions that will provide respite for festival-goers, each with a unique experiential quality to captivate the masses.

Drawing upon the 2015 Burning Man theme "Carnival of Mirrors," the three pavilions will explore the illusory and enchanting qualities of old-fashioned carnival culture while serving as functional spaces of rest and shelter from the Black Rock Desert sun. These and other installations will make up a “temporary metropolis” from August 30 to September 7.

More on the designs and their Kickstarter campaign, after the break. 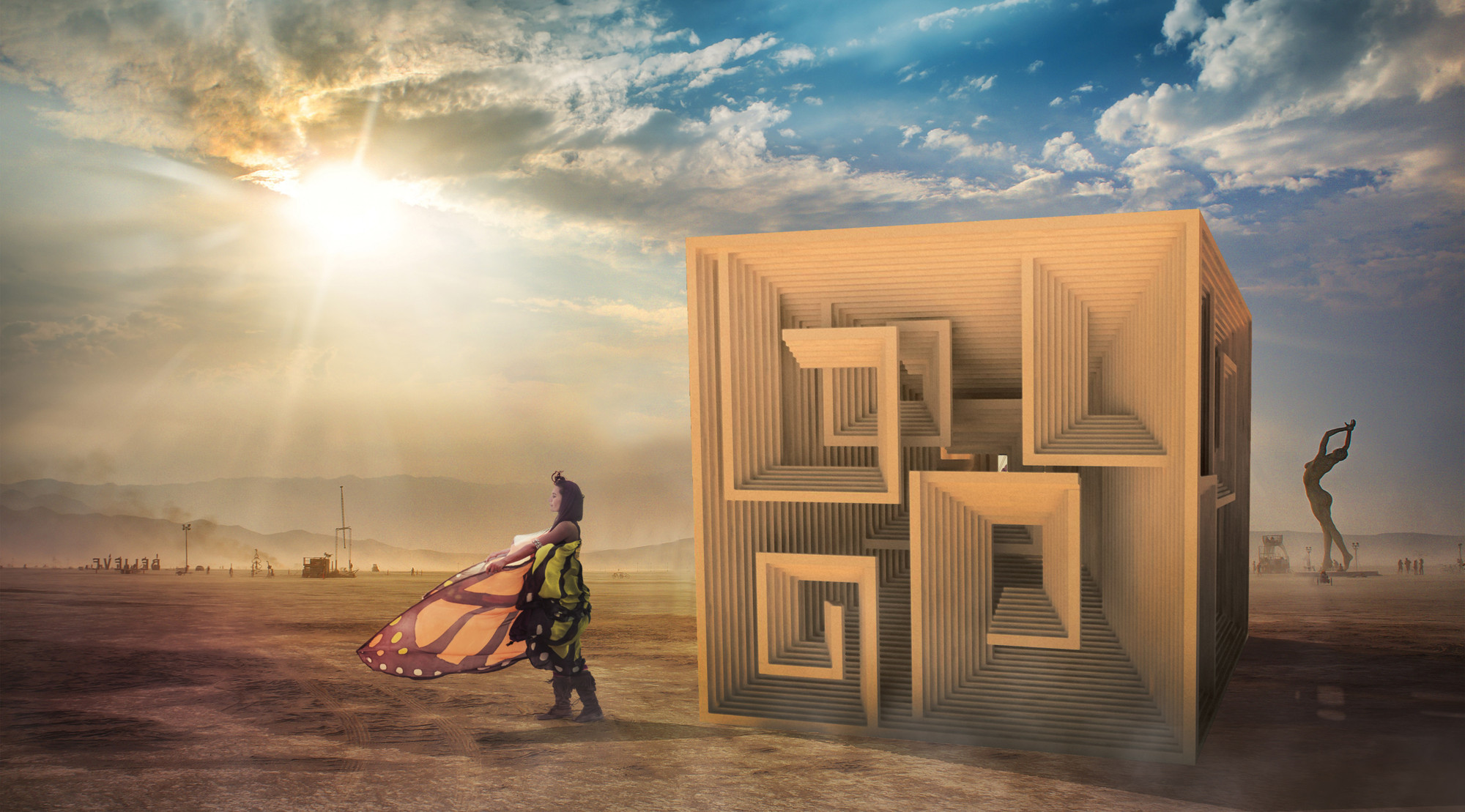 This pavilion celebrates the beauty of nature’s design process, paying homage to its helical structures. Its intertwining faces converge and diverge, producing an interactive form that can be climbed and inhabited, while its diamond pattern activates the surface.

A space to divulge secrets, this pavilion employs a form derived from origami and is composed of intersecting spiralhedrons. Its semi-private screen allows occupants to maintain a level of mystery while encouraging them to activate the space through storytelling, confessions, and secret sharing in an effort to form new bonds.

Inspired by the geometric surfaces of bismuth crystals, this pavilion provides shelter from the desert climate. Its form is generated by the convergence of these geometries around a central space, while its surface is enlivened by festive lighting reminiscent of the luminescent crystals when night falls.

Additional background on the goals, philosophies, and design process of DS10 can be seen in the TEDx video "The Architecture of Joy" below with professors Toby Burgess and Arthur Mamou-Mani.

In order to cover additional costs and ensure the success of the projects, the team has launched a Kickstarter campaign. Learn more and donate here.

For more information on the projects, visit wewanttolearn.wordpress.com.