✕
Save
House for Brother / ATELIER 111 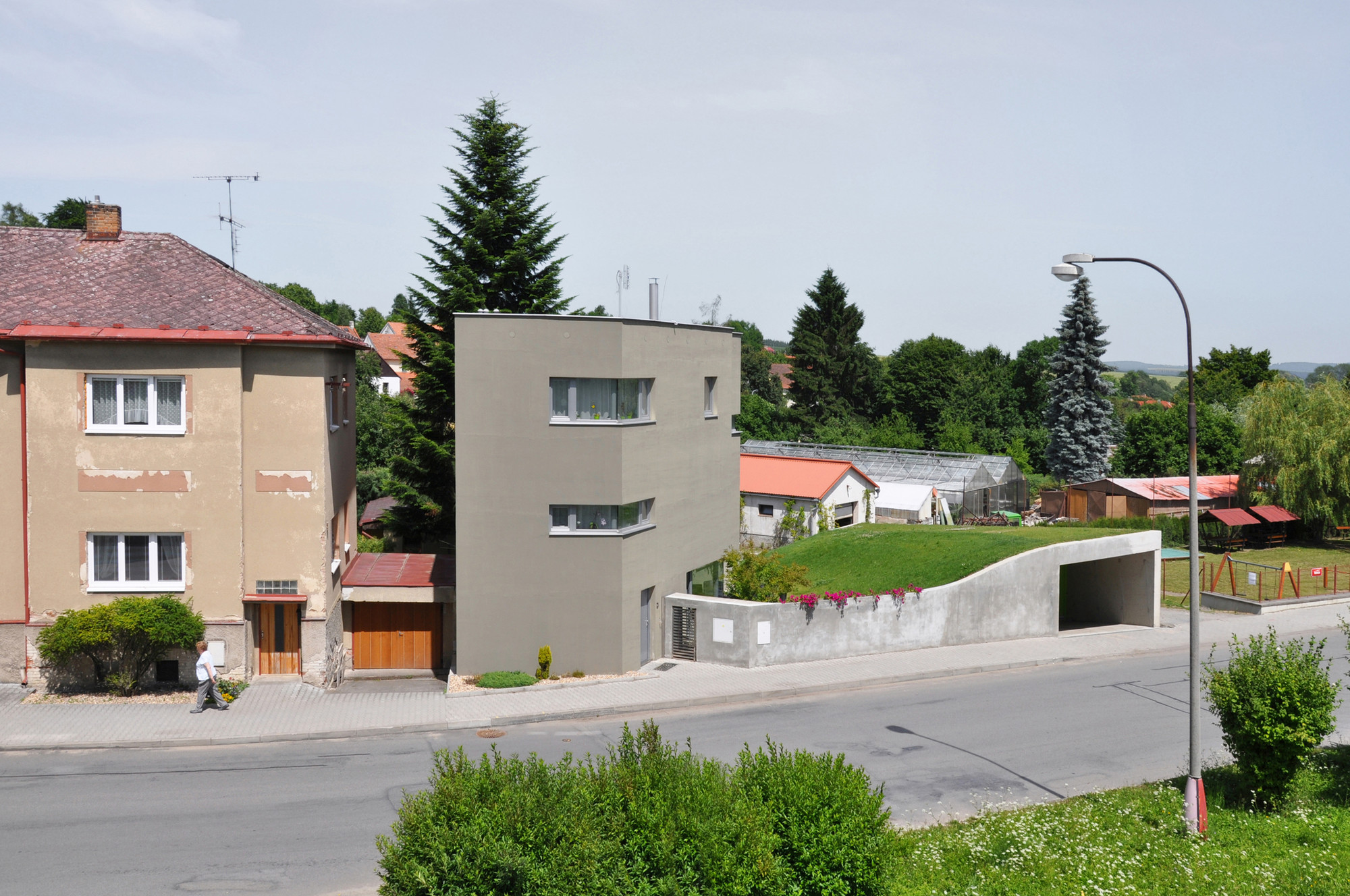 Text description provided by the architects. The house stands on the edge of the street and solitary buildings, therefore the threshold of old and new in the town of Pacov. Its mass nods the street, extends the street, and terminates it. The building becomes the last, if not the first in the row, of unmistakable individuality.

Its unusual shape is based on the irregular layout of the plot, orientation to the cardinal points, and particularly it is based on the limited size of the plot contrasting with the extensive building program. The house is accessed directly from the street. The main living area - dining room with kitchen on the ground floor and elevated living room accessible by six stairs – is opened into the garden through the large French windows.

Windows are hidden from the street by a fence wall. The second and the third floors are occupied by bedrooms and children's rooms. Under the living room there is about a half floor down the floor with technical facilities, including a pantry and a cellar. These spaces can be accessed either from the outside or directly from the kitchen unit by a one-armed staircase.

The garage located on the very edge of the opposite side of the property allows parking up to three vehicles. Still nothing detracts from the garden. The grass roof moving in the sloping garden creates a unique organization towards the house - an artificial mound. This mound becomes a central element of the exterior, the green base for distant roofs of neighboring houses; a place where children like to play.

"The worksite lives. Verča and David are running around. They are enjoying the natural chaos until it is possible. Because then the architect takes the control. He projects a shelter for two cars at the end of the future garden and over half of the land he stretches a driveway. On the rest, he creates an artificial visual landscape and hides the garden behind the walls. One year later: The garden is living. Verča and David are running on the mound, which was piled up by 15 Tatra vehicles. They are sledging. They do not have a clue that there are three cars parked below them. The garage is drilled into the hill, which is cut in the property line so the hill has not reached its peak. Beloved parents are resting down in the valley with a bottle of whiskey on the table and are remembering the hard times. When with the help of children and all their visitors manually stratified soil higher and higher. So now they can get out of the protected seclusion onto the hill and see what is happening in the world. "(Author of the garden Zdeněk Marek)