An architectural “Paraidolia,” Federico Babina has uncaged the ARCHIZOO. Recalling images from his childhood, Babina has imagined a creative series of zoo animals rendered in familiar architectural forms.

“When I was a child I wanted to be an architect and now that I'm an architect I would like sometimes go back to my childhood,” says Babina. “Our mind is capable of collecting, record and store millions of images. One thing that always interests me is the association that we can do between these images.”

View the ARCHIZOO, after the break. 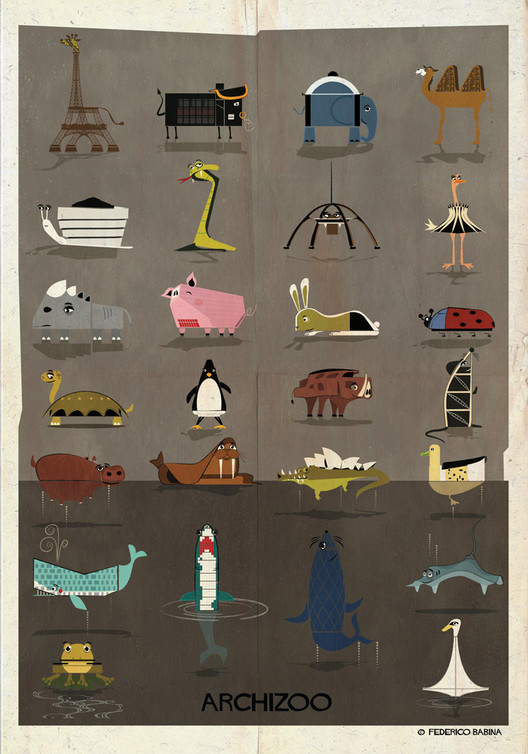