Save
New Readings Of Space: Placing Pools Of Oil Inside A Baroque Abbey Church
Share
Or
Copy

This sculptural installation, created by Swiss artist Romain Crelier, was exhibited at Bellelay Abbey in 2013. Although the structure dates back to the 12th century, the current Abbey Church of the Assumption was built by Franz Beer in a Vorarlberg Baroque style and completed in 1714.

Almost three hundred years later Crelier's piece, entitled La Mise en Abîme (which roughly translates to, 'to have put into an abyss'), placed two shallow pools of used engine oil to act as reflective mirrors. These 'puddles' "allow the viewers to interact with the architecture of the church by being pulled into the reflection so that they, in turn, become part of the sculpture themselves." According to We Find Wildness' interpretation, "the installation not only dispenses multiple visual thrills and mysteries but also offers a moment where sculpture creates another reading of space." 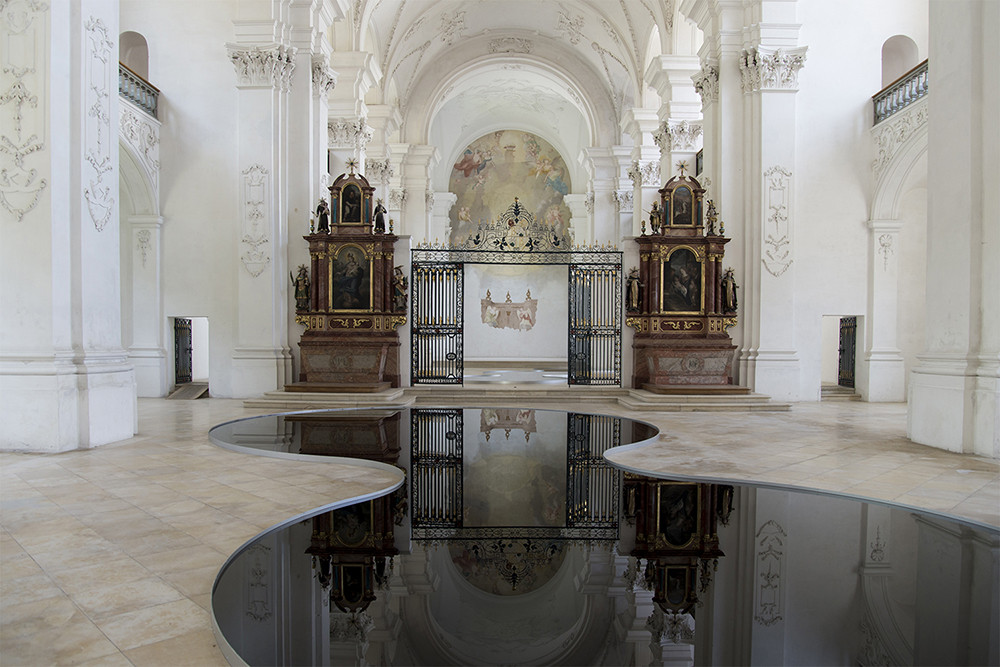 Crellier sees this installation as the creation of "monochrome paintings using a despised substance".

Working in a scale simultaneously monumental and intimate, these sculptures continue Crelier's career-long exploration of the space through conceptual engagement with buildings as well as his experimentation with light and dark, form and void, inside and outside, surface and depth, abstraction and figuration, reflection and absorption.