Marc Fornes / THEVERYMANY has realized two permanent installations - “Under Stress” and “Sous Tension” - in the public areas of the Department of Computer Science at the French Institute for Research in Computer Science and Automation (INRIA). Both structures “utilize programming techniques inherent in computer science to optimize the form and creating a pattern on the surface.”

“The structures engage the spaces with their intricate and gestural movements that effortlessly travel over the areas,” says the practice. “They provide visitors with iconic hubs for informal and spontaneous social gatherings while expressing the tension between the dynamic interactions from the multi-directional and converging paths within the public spaces. More than a signal for the school, they become elements of enhancement for the school's identity.” 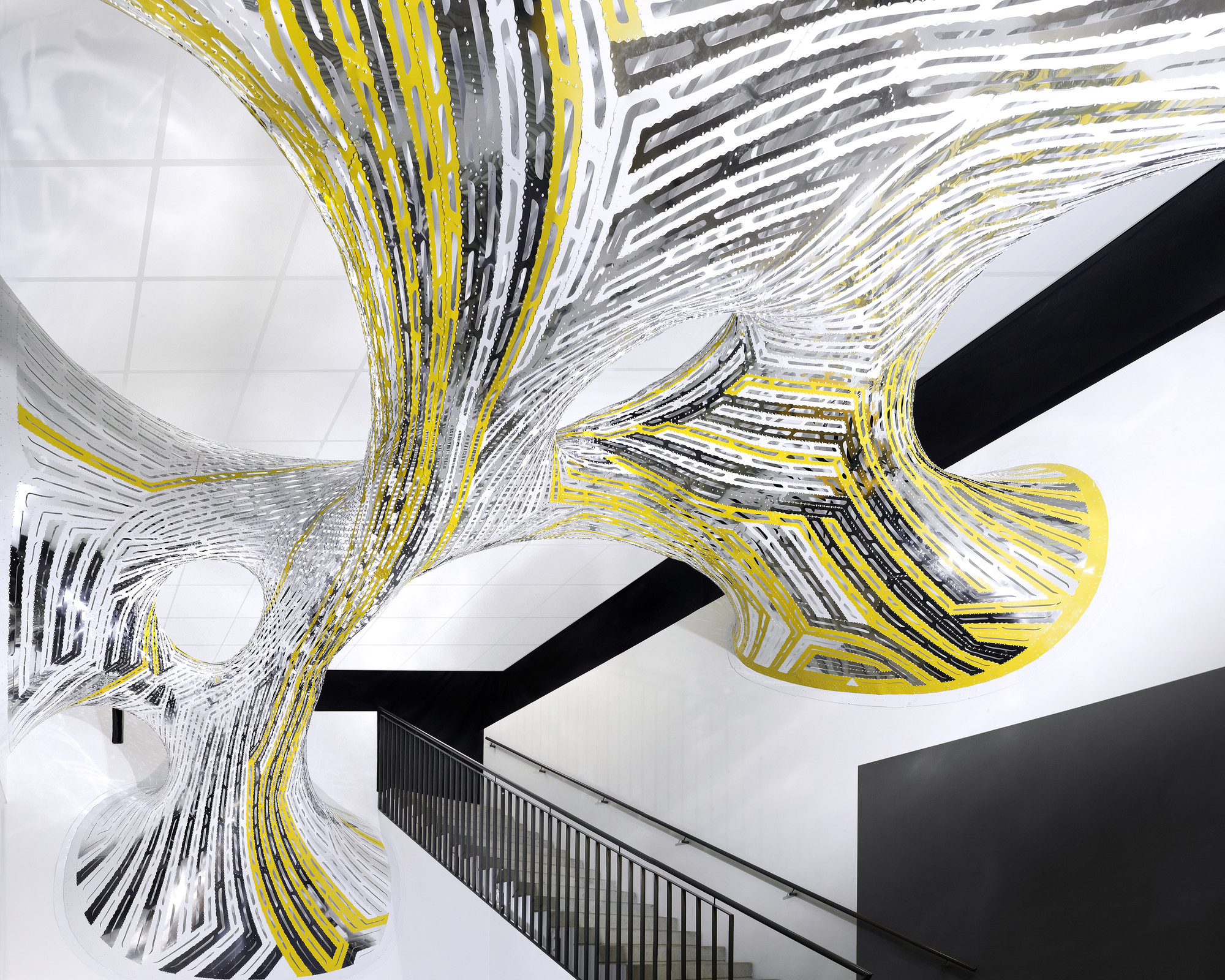 RESEARCH: The lightweight, ultra-thin structures are the result  of an on-going research from the studio into custom computational protocols for optimization of surface tension, geometric description for information modeling, and (re)assembly efficiency up to logistics of transportation.

SKIN: Multiple generative steps were developed to form a continuous, structurally performing skin system. An initial topological mesh object, connecting on six distributed anchor points within the space, is submitted to an iterative surface tension process. A seventh extra anchor toward the ceiling, not physically connected, is added in order to maximize double curvature along the surface, and therefore embedding inherent stiffness.

MORPHOLOGY: Stress flows obtained from structural analysis (for Under Stress) and tensions lines (for Sous Tension) are translated into a vector-field used for directional fitness by a series of distributed "agents", flowing along the overall morphology. The non-intersecting trails of the "agents" are eventually materialized into non-linear aluminum stripes, of length equivalent to the "agents"’ lives. These stripes are connected together and held in place with rivets, maintaining a smooth flow of forces along the surface through tangential continuity while describing the overall morphology. Such search protocols are used to replace traditional descriptive geometry rule-sets often far too complex on such non-linear morphologies.