Save
AD Round Up: Wineries Part I
Share
Or
Copy

Designing a winery may be a very difficult task. Usually, they are located in such beautiful landscapes that their design has to step up for the challenge. What this five amazing wineries? Check them all after the break.

14 Viñas Winery / S.M.A.O. The winery arises as a free standing building with an accentuated singular character. Dueto its industrial use as much as to its location in an emblematic environment. It raises a respectful solution towards the landscape of low environmental impact which is suitable for the scale as much as for the dominating colours of the landscape (read more…)

Productive Services, Morande Winery / Martin Hurtado Arquitectos Asociados This project started as a Competition Masterplan’s first place, which involved territorial planning on a 1000 Há land of ravines, water reservoirs, hills and vineyards. The objective was to accomplish a coherent order to all actions that are to be considered in a wine-producing project for a leading winery in Chile (read more…)

Tercio Winery / Sebastian Mariscal Studio Amidst the olive trees and vineyards of Valle de Guadalupe, Mexico, Tercio Winery is located adjacent to the previously completed project: Casa en el Valle de Guadalupe. Perpendicular to each other, the buildings form a dialogue by opening to a common plaza. Acting as another layer of the landscape, the winery responds to the rising volumes of the surrounding mountains (read more…) 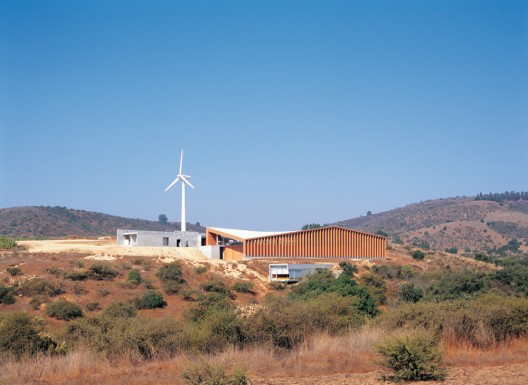 Ventolera Winery / Francisco Izquierdo The assignment was to design a winery for White wines and Pinot Noir on a site already settled by a wind generator. The proposal was to create a winery which had the environmental and gravitational conditions required for wine-making, using self-generated energy, building with renewable materials, making use of the existing steep slope and giving the right sunlight control (read more…) 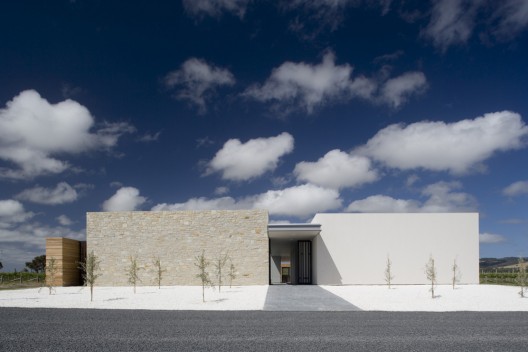 Primo Estate Winery / Michael Edward Harvey Primo Estate is a purpose-built tasting facility in McLaren Vale, South Australia. It is sited over a rise, away from the road, amongst eight hectares of cabernet sauvignon, shiraz and merlot vines. Its south façade overlooks the vines and the picturesque Willunga escarpment beyond. The brief was straightforward – tasting rooms, offices, production areas and a home for a specially imported wood oven (read more…)