One of five shortlisted finalists who competed for the Young Architects Program (YAP) in the recent 2015 MoMA PS1 competition, ultimately awarded to Andrés Jaque of Office of Political Innovation, Drones' Beach by Brillhart Architecture explores the idea of a multi-sensory setting with a tropical theme as the basis for a performance and public space.

Read more about the proposal and watch the visionary video about Drones' Beach after the break. 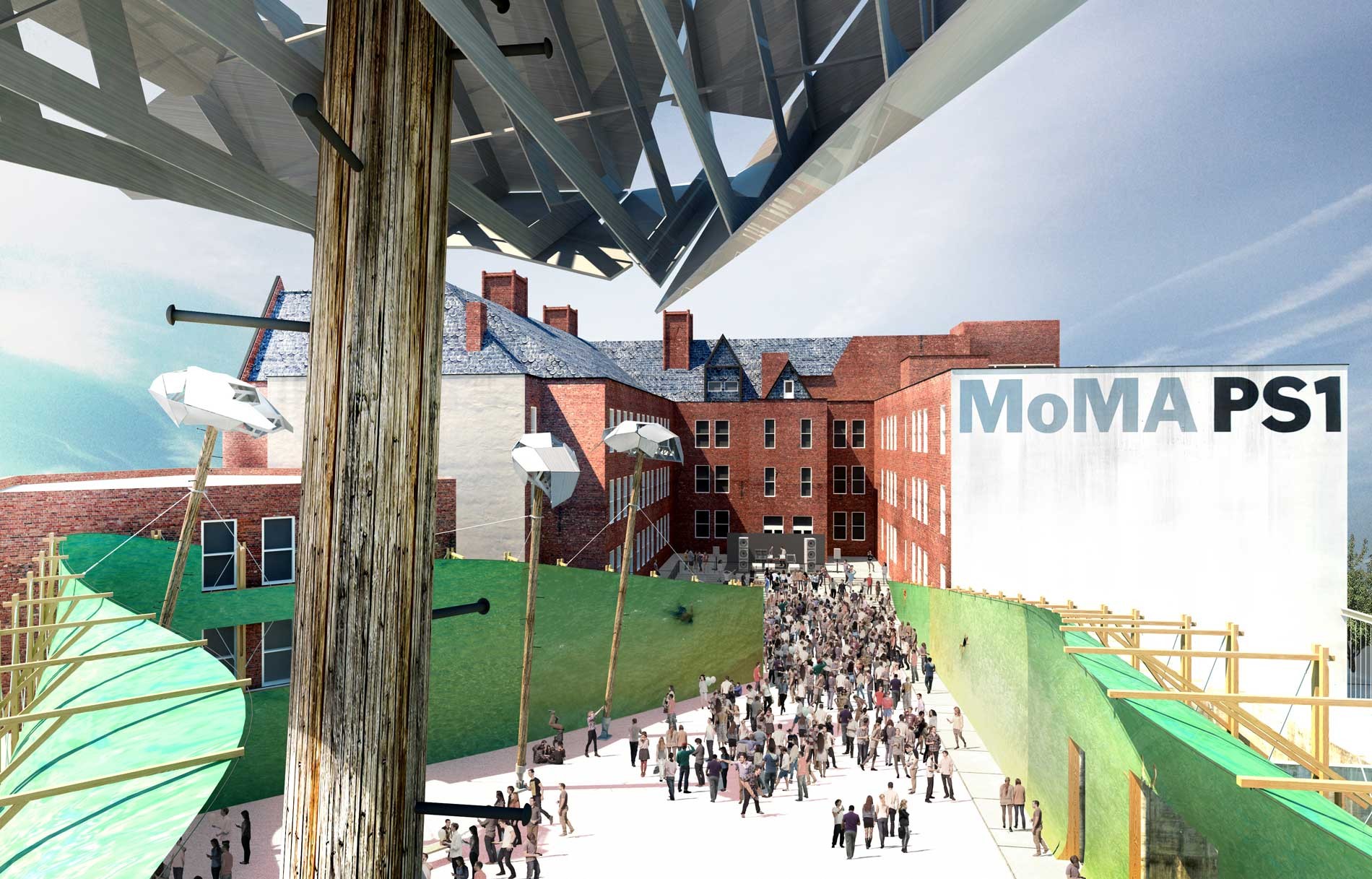 Drawing inspiration from the competition's base objective of generating a public performance space that utilizes water as its focus, Drones' Beach transforms the existing urban site at the PS1 Courtyard into a relaxing tropical paradise. Wooden ribs extend from the site's infrastructure, creating a flowing, encapsulating space within, decreasing the formality and rigidity of the space. Misting devices overhead bring to mind the memory of sea spray, while underfoot a soft pink ground-plane reminds visitors of beach sand. The concept is further explored with towering engineered palm trees, inhabited with drone nests which house the misting devices, while smells associated with summer activities (the cabin of a boat, saltwater, campfires) flow through the courtyard, along with music.

Just as the associative smells, sights, and sounds are meant to transport the visitor mentally, the space as a whole offers a physical escape from the city by simulating the characteristics of a tropical paradise and obscuring everything outside of its experiential cocoon. Through full sensory metamorphosis, Drones' Beach uses the visitors' own imaginations to bring them out of the city and put them into the carefree state-of-mind that comes with summer. 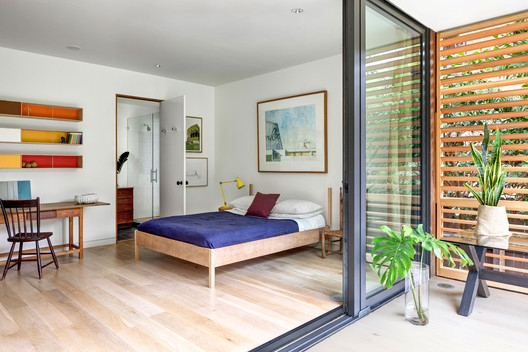