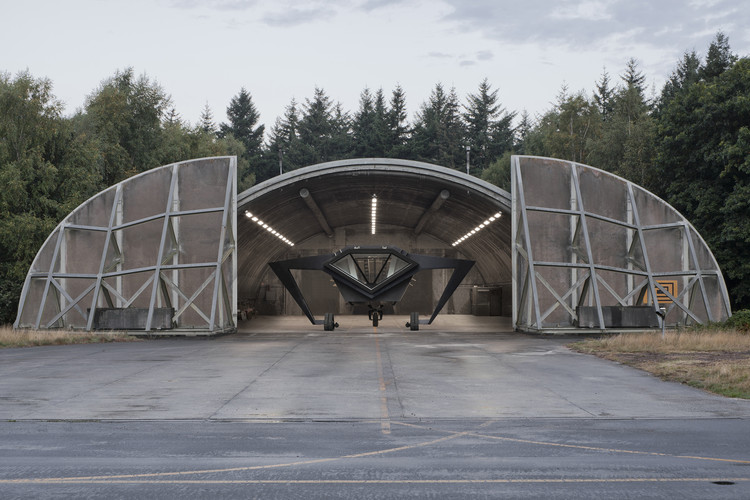 Share
Or
Copy
Other Structures
•
The Netherlands
More SpecsLess Specs

Text description provided by the architects. Secret Operation 610 is a radical mobile solution for the regeneration challenge of transforming the aircraft bunker Shelter 610 on the former American NATO Air Base Soesterberg from a F15 fighter jet hangar into a challenging experimental workspace for smaller teams.

In 1994, the American troops left Air Base Soesterberg and in 2008, its aviation facilities were dismantled. Now, several years later, present owner the Province of Utrecht is giving the 500 ha terrain back to nature and to the inhabitants. The once prevailing dynamics and mystique of the Cold War era have disappeared but the former base itself is a unique example of Cold War architecture. Its Y-shaped runway lies hidden in a camouflage landscape especially designed by NATO.

Aircraft bunkers were constructed randomly across the terrain and hidden from view by trees to better protect them from bombardments. This very specific landscape is being threatened by its redevelopment into ‘new nature’: the tarmac will be partially removed to create more green space and most of the former aircraft bunkers will be sealed without recognition for their distinctive heritage. Eight shelters, however, have been destined for redevelopment. As designers commissioned to design the interior of one of these shelters, we felt a social obligation to go beyond the shelter’s new function and emphasise the importance of the entire area.

Straight after obtaining the commission, the design team started working at the base in the approximately 800 m2 shelter. Designing on tables we brought ourselves, we soon realised that the shelter isn’t necessarily the obvious place to work. The temperature, humidity and acoustics are not always optimal, it is often better to be outside the hangar. Depending on the weather it is preferable to work further down the base on the empty three-kilometre runway or somewhere in nature among the trees.

To facilitate this, we developed a mobile work unit. We give new meaning to the hangar by assigning a new vehicle to it. The robust black object referring to the mystical military Cold War imagery contains a ‘basic’ functional work interior for a maximum of 10 persons. With its 30 m2 floor surface, the unit can be deployed both inside and outside the hangar. Driven by electrical caterpillar tracks it slowly moves across the premises.

By designing a mobile unit that literally needs the base’s tarmac as a condition for its existence, we make a statement about the advisability of letting this unique fabric of roads continue to exist in its relationship to nature. We designated Shelter 610 as a Cold War monument, leaving it completely untouched and only documenting its specific features. Here, restraint becomes an instrument of design. The work unit holds all necessary functions for its users: a table folding down from the ceiling, 10 ingeniously folding chairs and 4 more extra seats. The unit is fitted with power and heating; other facilities like running water and toilets are located in Shelter 610.

Within the context of the airbase, the work unit creates possibilities for innovative research programmes that would be impossible otherwise. Students from Delft University of Technology (Aerospace/CleanEra) are keen to use it as a temporary location to develop a programme for the innovative, environmental- friendly aviation of the twenty-first century, known as ‘no noise, no carbon, just fly’.

The old runway is the test site for state of the art aviation experiments. Secret Operation 610 and its shelter provide accommodation for researchers from different disciplines to carry out experiments and develop innovative ideas. The unusual combination of nature and Cold War history provides an exciting environment for the development of knowledge about nature, technology and aviation. 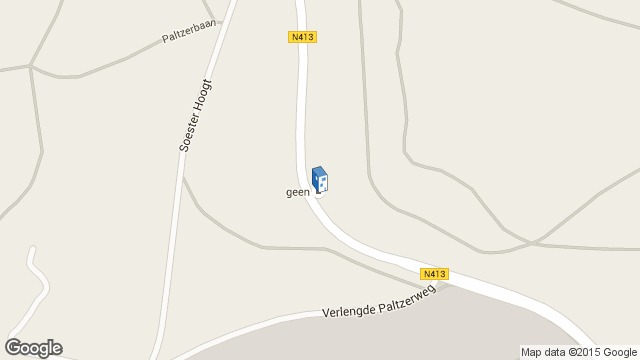 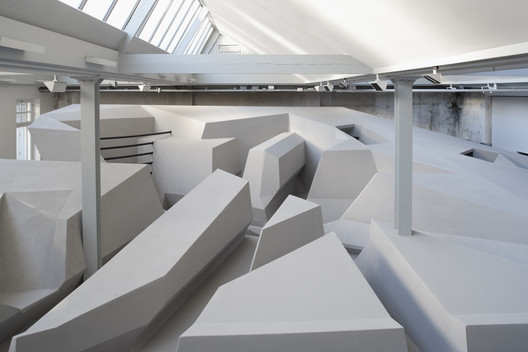 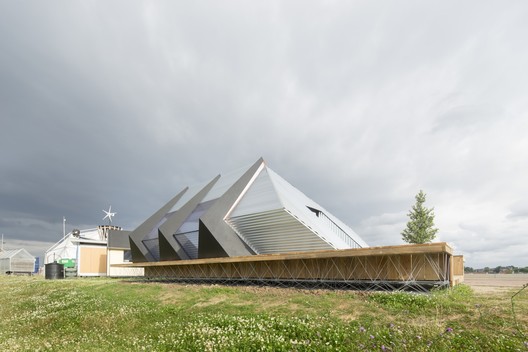