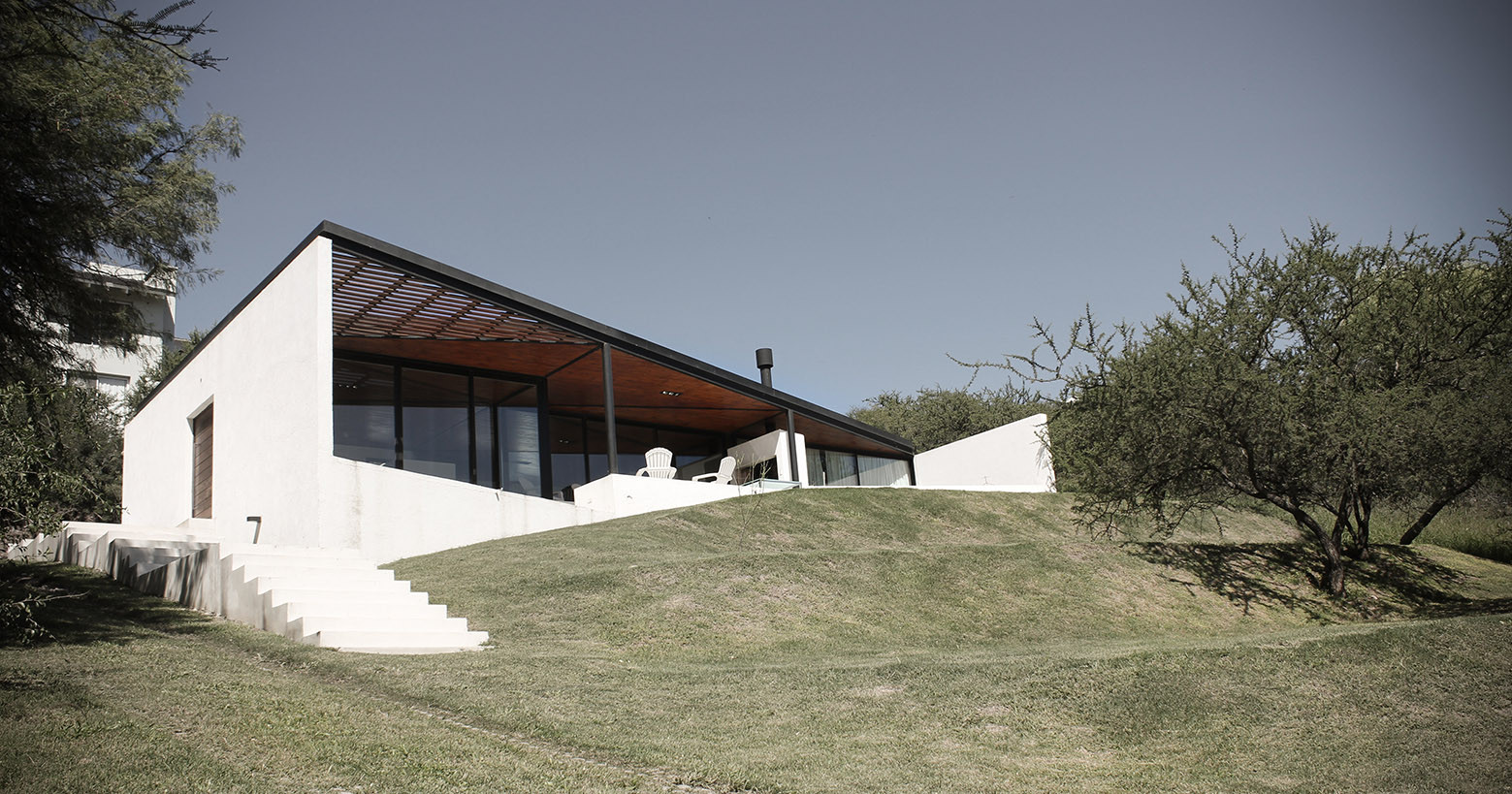 Text description provided by the architects. Located in a suburb with a rugged topography on the outskirts of the city of Córdoba, SZ House is designed from the possibilities and limitations of these new subdivisions in suburban areas. In this sense, the terrain, whose condition was critical in the design strategy, presents a significant slope that crosses diagonally from south to north reaching the access road at its lowest point. The project is located on the upper level of the site with the aim of achieving a privileged domain of the landscape, orienting the spaces correctly guaranteeing a good sun exposure, and optimizing the free area of the site.

The project aims to establish a spatial-structural exploration of a traditional program resolved in close relation to the site. In this regard, the characteristics of the terrain create a staggering of diagonally displaced half levels, through which a triangulated structure arises, which defines the entire design strategy of the project. The triangle geometry not only provides an optimum functionality for the roof structure, but also unifies different spaces by imparting a diagonality to them.

The strategy can be explained by a triangulated structural diagram that is replicated on some of the floors, and generates a counterpoint to the interior spaces with orthogonal geometry corresponding to the three concatenated modules that zone the program naturally. The rules from which all design decisions are developed are derived from this geometric order that provides a 'contained' liberty that avoids any arbitrary decision on the project. Even extensions to be designed in the future are registered under this logic.

Internal relationships of the various areas are arranged smoothly and continuously, projecting to the outside through a gallery along the entire facade acting as a climate filter and transition between the exterior and interior of the home. Furthermore, the synthetic expression of this building in the form of a pavilion, and its natural adherence to the landscape, attempt to transmit a certain serenity to the environment.

The dwelling is materially resolved from a base and bearing walls treated as a white monolithic surface, in contrast to the weightless, triangular metal roof made of profiles and a wooden ceiling. This constructive duality translates to the outside through the "organic" nature of the base that adjusts to the terrain and on which rests the roof, which emphasizes the rationality and artificiality of the construction in the landscape. 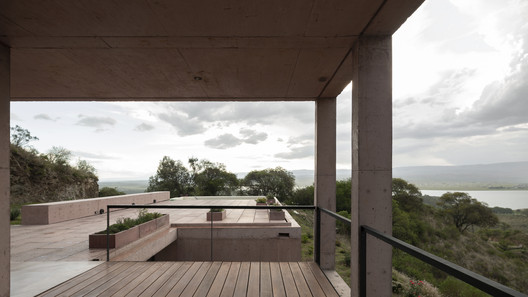