CREO ARKITEKTER A/S and WE Architecture has been selected as one of three winners in the first phase for a new psychiatric hospital in Ballerup. “Reminiscent of a small village,” the prize-winning scheme steps away from the typical hospital typology to propose a dense cluster of gabled structures connected by therapeutic green space.

“The proposal fits the extension subtly and respectfully into the existing context… It adds a gable motif that opens the communal spaces towards the surrounding park and landscape and at the same time frames terraces and balconies. The committee finds that this simple move adds a subtle, non-institutional appearance with strong positive references to low-dense housing projects of very high quality,” stated the jury. Read on to learn more. 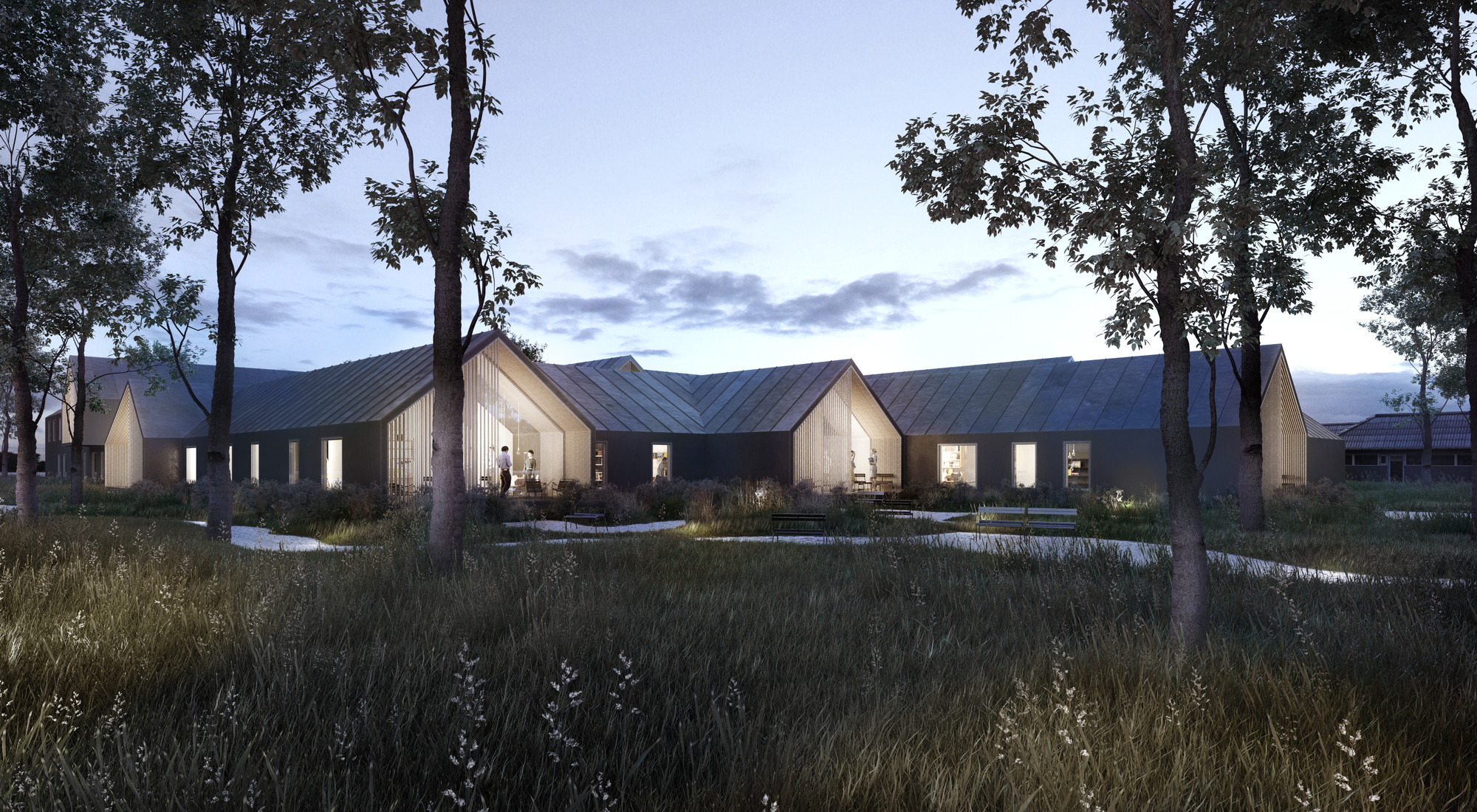 From the architects: The proposal for the new Psychiatric Centre Ballerup is based on a humanistic approach. The ambition is to create a tranquil space for a vulnerable group of patients and relatives combined with an optimal framework for the staff.

The human scale and the worthy meeting between people are reflected in a building that is subdivided into smaller sections. The sections are arranged in a checkerboard-like pattern. Each of them has a designated lush garden. The institutional hospital has been replaced by a center that emphasizes empathy and openness. The building combines efficiency and a functional interior with an architecture that provides patients with personalized and non- institutional experience through a constant presence of green spaces.

The new building is generated from the following four tenets:

The hospital appears both compact and airy, due to its composition of several building volumes. The compressed hospital provides good proximity between the individual functional sections that are perceived as independent units.

The new building is fitted respectfully in the directional structure of the existing buildings on site. Building and green spaces enrich each other in a mutually dependent symbiosis. The area's smaller scale buildings are transferred to the new building and expressed in a symphony of pitched roofs and gables reminiscent of a small village with farms - an association which signifies harmony and tranquility.

"The downplayed choice of materials witnesses a high level of detailing at the current state as well as a great level of understanding of discrete and downplayed architectural and aesthetical effects. The building is fitted both in an unobtrusive and low-keyed manner into the existing structure and adds a contemporary and emphatic architectural expression," described the jury.