✕
Save
AD Round Up: Hotels Part IV
Share
Or
Copy

Planning a little getaway for the weekend? Perhaps you could try one of these amazing places to stay. Check them all after the break.

WISA Wooden Design Hotel / Pieta-Linda Auttila WISA Wooden Design Hotel is an architectural gem of wood situated in the maritime heart of Helsinki, capital of Finland. Around it lie the city and 200 years of architectural history. The work was designed by interior architect Pieta-Linda Auttila. She hopes to spark interest in wood and highlight its role in building and interior design (read more…)

Hotel Fouquet Barrière / Edouard François French architect and landscape designer Edouard François was encharged of the renovation and façade design of the Fouquet’s Barrière Hotel in Paris, which is located in one block facing Avenue des Champs Elysées. The architect mission was the general plan of the whole hotel, including courtyards, administration offices and a spa service, spread on different plots of the “golden triangle”, and the design of new facades for extensions (read more…)

In Progress: Conrad Hotel by MAD The CBD of Beijing was built according to the west standard set up around the industrial revolution of the early 20th century, when high-rise building was the symbol of the capitalism. But far from the ambition of more than one hundred year ago, when people tried to challenge themselves with modern technology and future dreams, the contemporary CBD buildings are the concrete machines, copy of the copy in mass production. They are meaningless, crowded and soulless (read more…) 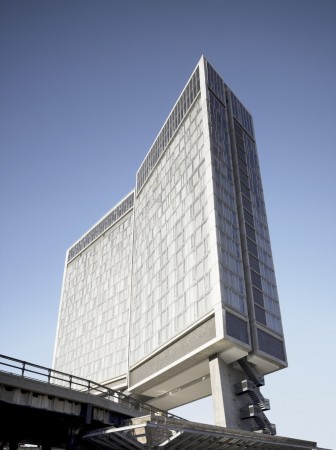 La Baita Lodge / Gubbins Arquitectos, Polidura + Talhouk Arquitectos At the Chilean South, 700 kilometers from Santiago, and 110 kilometers of the city of Temuco, towards the Andes Mountains, the Conguillío National Park is found at the bottom of the Llaima volcano. In the heart of the park, is located “La Baita”, a small meeting place for guests of an ecotourism center of the same name (read more…)