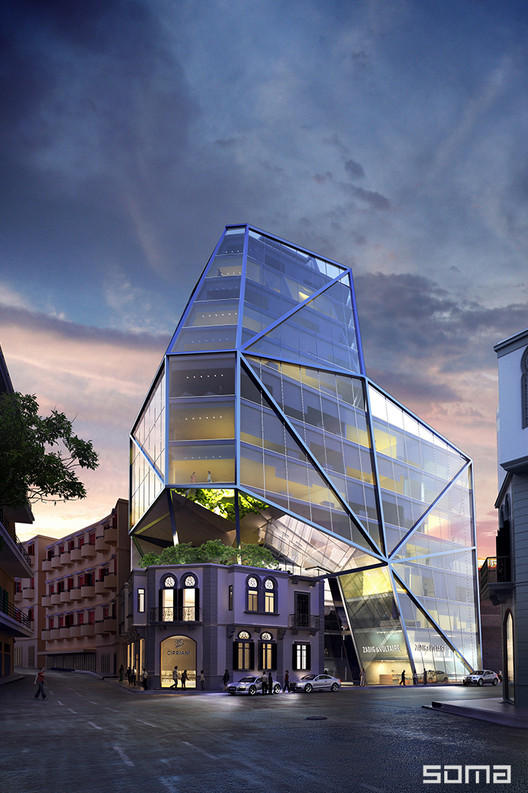 “The challenges that were presented to our design by the necessity of keeping the façade of the house in place created an opportunity in the end. Our design for BOBO blends the old with the new in a rapidly changing neighborhood,” said Michel Abboud, SOMA Architects’ founder and principal. “We are thrilled with the outcome and happy to see foundation work there begin.”

The “crystalline” structure will replace a row of disused shops and an early 20th-century dwelling on the outskirts of downtown. Here, BOBO is just one of many projects that are underway, leading the district’s renewal.

Most of BOBO’s residences, including two- and three-bedroom duplexes, will feature a private balcony. The penthouse will boast a landscaped garden terrace, while another will include a private pool.