Moscow-based architectural studio Nefa Architects (Nefaresearch) have been chosen to redesign the Solntsevo metro station. Their project, which is designed to “create a solar spray effect” on the station’s subterranean platform, won an international competition whose winners were ultimately chosen by Moscow’s citizens. 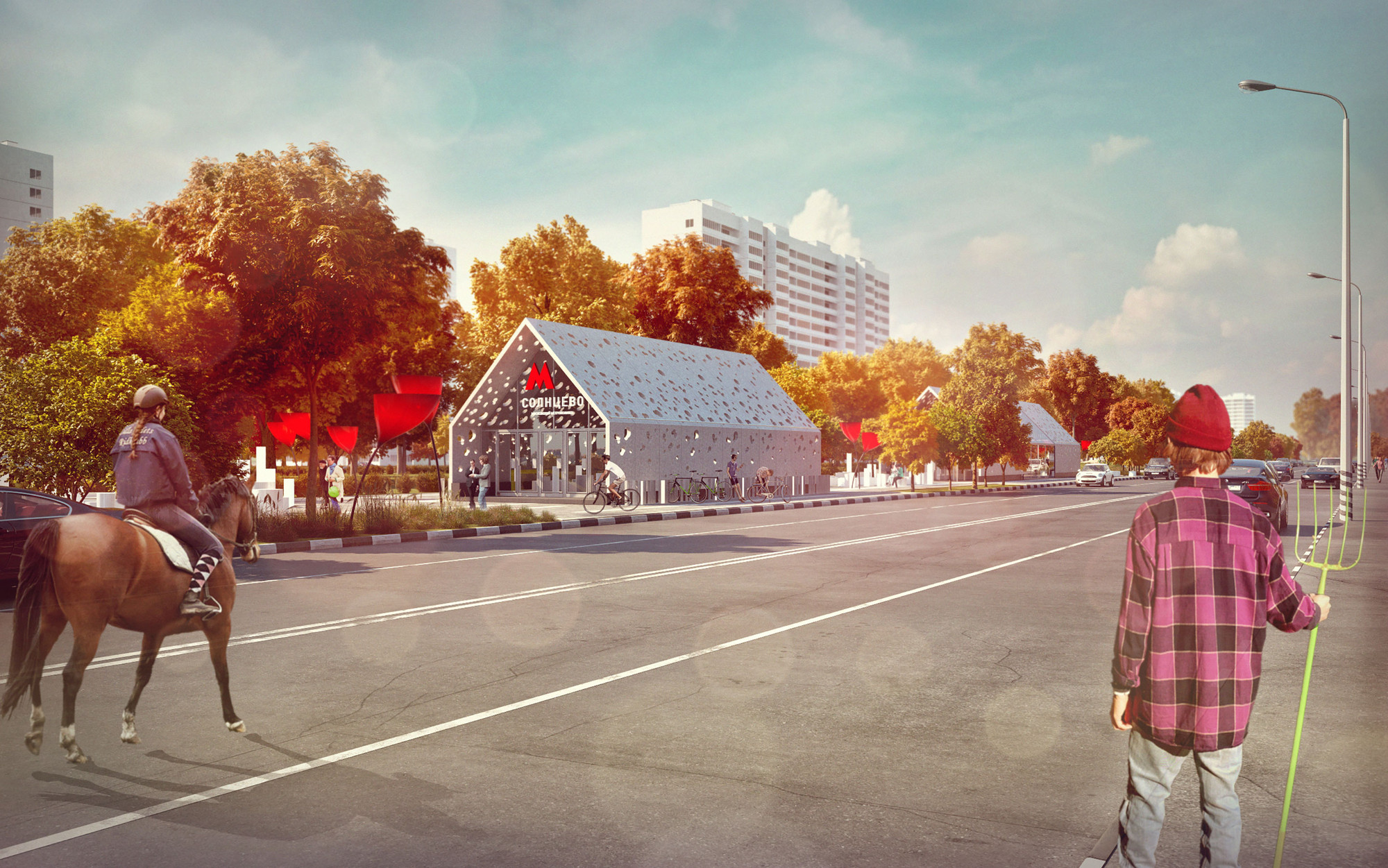 Referencing Solntsevo’s historical “dacha” (barn) houses, the station’s entry pavilions will be punctured with circular perforations to allow light to transmit below-ground and illuminate the platform. Wayfinding will be provided by yellow graphics throughout the station.

"Solntsevo is named after ‘sun’ in Russian, so we were very lucky to be selected for this station, because sunlight is the main material of the architecture,” explains chief architect Dmitry Ovcharov.