More than 300,000 Moscow citizens have chosen U-R-A | United Riga Architects to redesign the Novoperedelkino metro station. Aiming to revive the tradition of unique designs for Moscow metro stations, the winning scheme plans to illuminate the underground station with a series of lighted metal panels perforated with archetypal Moscow motifs. 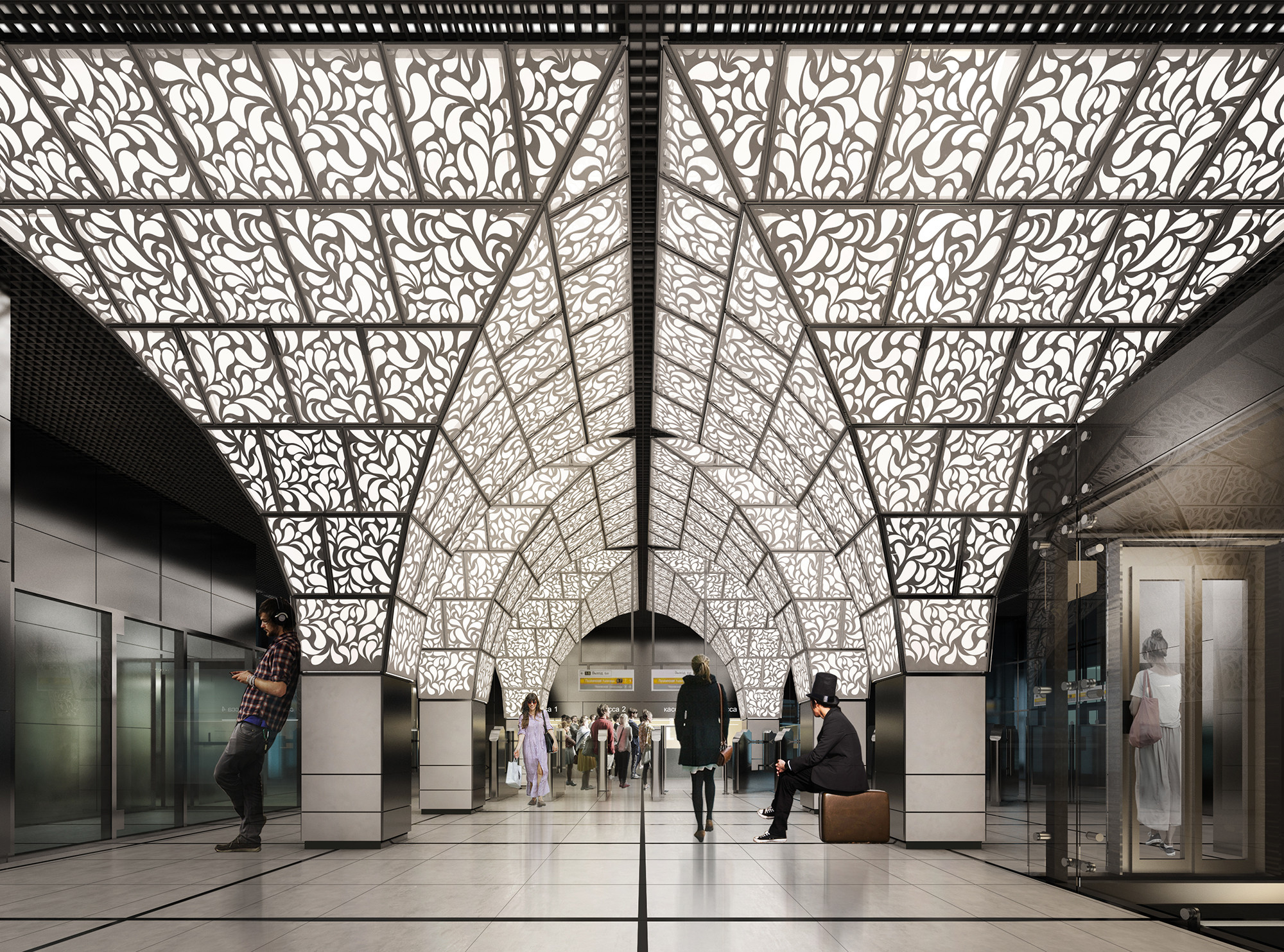 “The Novoperedelkino district is renowned for its unique forests and such identity was expressed in the pavilion decorations – laser engravings in the decorative glasses are reminiscent of forests made-up of pines and birches. LED backlighting makes the engravings fluoresce, creating an almost 3D image of a forest around,” stated U-R-A in a press release.

“To simplify serviceability, we arranged light boxes as small panels (60 cm x 60 cm). Panels could be opened as leafs thus making the RGB LED replacement fast and easy.” This will allow the panel’s colored illumination to vary.

U-R-A and Evgeni Leonov will now work with the contest organizers, the Mayor of Moscow and the subway administration to implement their design at Novoperedelkino.