COBE, DISSING+WEITLING and COWI have been announced as winners of an international competition to design a 225-meter-long pedestrian bridge, station, 32,000-square-meter park and associated park-and-ride facility for the Danish city of Køge. The winning design, selected over three other invited submissions, will stretch across a unique traffic “hot-spot” where Denmark’s most trafficked freeway, an existing train line and a planned double-tracked high-speed rail line meet.

More about the Køge North Station, which is expected serve 90,000 people daily as a “new gateway to Copenhagen” by 2018, after the break.

“We have designed a symbol of the development that the City of Køge is currently undergoing – a development characterized by innovation, pioneering spirit and audacity. This development will be reflected and materialized in the bridge and the surrounding park and ride facility that besides being the traffic junction of the region, also will be a distinctive landmark for the area and a symbol of Denmark’s strive towards a sustainable future,” says Dan Stubbergaard, Founder and Creative Director at COBE.

Functioning as a solar screen on the south, pedestrian bridge opens to the city and provide panoramic views to the north. Built-in furniture will be provided along the south-facing wall, while forecourts and pathways direct circulation.

“Køge North Station is a very unique project, both in terms of architecture and engineering. The station will be part of many people’s everyday life. In our work we have focused on the flow across the freeway. The difference between the open side in the north and the closed side in the south, gives room for both vista and intimacy, movement and repose, and contributes to the experience, atmosphere and joy of traveling,” says Steen Savery Trojaborg, Partner and CEO at DISSING+WEITLING.

On its exterior, the bridge will be cladded with “perforated electroplated sinus steel plates, adding depth to the expression of the façade while also matching the materials from the surrounding infrastructural system.” In contrast, wooden lamellae will line its interior to create a “warm and inviting” environment.

”The pedestrian bridge is an elegant, simple and 225 meter long steel construction with a light superstructure. It spans the freeway with a simple grip and is developed with great consideration to creating the best possible traffic flow for the freeway, local trains and high-speed trains. The bridge is to be constructed over a relatively short time period during the winter of 2016/2017. Therefore we have chosen a construction of prefabricated steel units that can be transported directly to the construction site. This is a construction type that we have very successful experiences with,” says Jens Sandager Jensen, Vice President, Bridges Scandinavia at COWI.

The international competition was held in the summer of 2014 and settled in November 2014. Besides the winning team, three other teams participated including Kengo Kuma & Associates (JP), Gottlieb Paludan Architects (DK) and Arep Ville (F). The project is expected to be completed at the end of 2018. 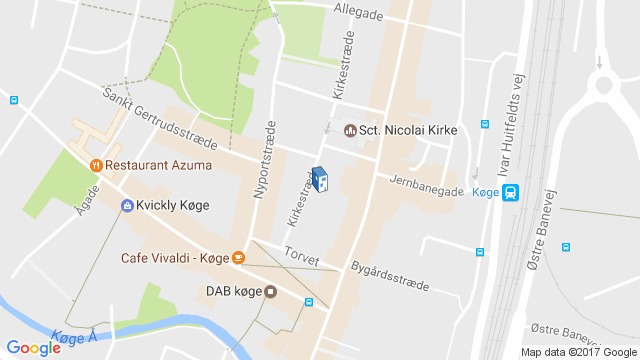