Cruz y Ortis, who famously spent ten years redesigning and renovating Amsterdam's Rijksmuseum, have recently completed a comprehensive restoration of the adjacent Philips Wing. As an addition to the extensive exhibition spaces of the Dutch national museum, which was brought to completion in 2013, the Philips Wing will be dedicated to showcasing high-profile exhibitions from its own collection and on loan from international and national collections. Cruz y Ortiz's work has consisted of reorienting the entrance, accommodating diverse new functions and preparing the exhibition rooms for the temporary expositions starting next month. Several twentieth century interventions have been set back and corrected, whilst other areas have been appropriated for a new destination.

See drawings and photographs of the new wing, including a description from the architects, after the break. 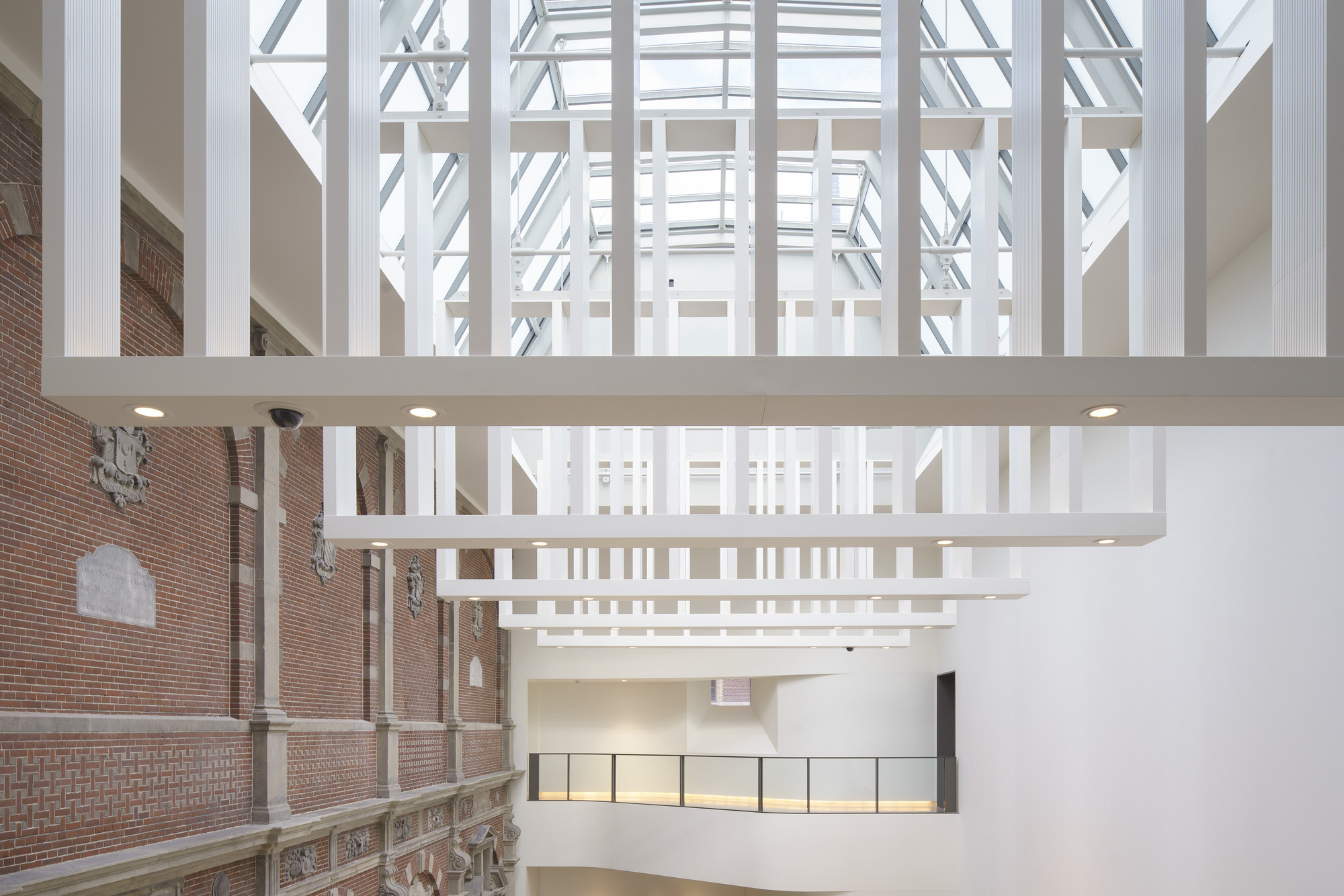 The current Philips Wing is the name for a number of expansions to the main building (originally completed in 1885), which were constructed at the end of the 19th century and the beginning of the 20th century (1909-1916) by Pierre Cuypers and his son Jos, who was also an architect. The part that was known as the Fragment Building is "the most special." At the end of the 19th century, many historical buildings were renovated or demolished in the Netherlands. The Rijksmuseum wanted to preserve a number of construction fragments for Dutch architectural history, so these fragments were brought to Amsterdam from all over the country. This is a unique phenomenon: a museum where the collection pieces formed the museum building itself. The Ochkingastins staircase tower in Franeker, the arches from the stairwell of the Constantijn Huygens house in The Hague and the wall from the stables of the Castle of Breda. The wall (2nd quarter of the 16th century) was part of the castle's stable complex, one of the earliest buildings in the Italian Renaissance style in the Netherlands.

From the architects. The logic of the Main Building consists of the two courtyards around which the galleries are wrapped. Revealing all these items and complementing it with the contemporary public square was one of the successful factors in the renovation in order to guarantee a ceremonial entrance, spaciousness and safe environment with a public realm (read more about the main project on ArchDaily in the Rijksmuseum Revisited: The Dutch National Museum One Year On).

In the Philips Wing project Cruz y Ortiz were gifted a similar treasure. Although the courtyard in the Philips Wing was only latently present and deprived from any daylight since the late 1940s, a similar potential and obvious linking pin with the main building was present. After leaving the west courtyard of the main building, by its south west gate, the visitors enter a pleasantly light passageway allowing a stroll along the Asian Pavilion. The twist at the end of this passageway, accompanied by a lowered ceiling, is later followed up by the half secluded atrium of the Philips Wing.

Like the main building, coherency is found in the synergy between old and new. On the one hand visitors will encounter the tectonics of the contemporary intervention, the Portuguese limestone Cascogne Azul and the acoustic baffle ceiling - also known as a chandelier - the bright white walls, the firm but elegant grey banisters, porches, and doors. On the other hand the courtyard receives its charm from the façade of Breda Castle, which is framed within a new context of the contemporary atrium.