MVRDV, together with Munich-based morePlatz, have been selected among seven teams in an international competition to design two office buildings in Mainz, Germany. The five- and eleven-story “Hafenspitze” structures are expected to spearhead the transformation of the former Zollhafen industrial harbor, which plans to become a new mixed-use city quarter over the coming decades.

More about the towers' design, after the break.

From the architects: Just like many European harbor areas, Mainz’ Zollhafen is undergoing a transformation from industrial to city quarter. Located northeast of Mainz’ Neustadt on the west bank of the river Rhine, the former shipping container harbor will make way for an urban mix of living, working and leisure facilities in the coming years; one of the city’s most important regenerations projects of the last decades.

Situated at the far northern end of the harbor basin, “Hafenspitze” will be realized as the pioneer project of this large scale transformation overlooking the new development around the water. The winning design proposed to adjust the masterplan resulting in two distinct volumes which form an ensemble of 12,000 square meters with a public plaza at its center. An eleven-story high-rise office tower creates a landmark at the waterfront, while an elongated block over five stories with a roof garden closes the plaza at the street side.

Both buildings feature a similar façade concept and a tapered plinth for access and views to the street and the harbour, yet distinguish themselves through their specific materialization and appearance. The high-rise tower is designed with an open and transparent character with fully glazed facades on its four sides and angled windows for maximum views. The floors are visually separated by dark horizontal bands clad in slate shingles which refer to the local architectural roof style. The lower block is wrapped in a ‘rough skin’ of folded, prefab concrete panels creating a 3D visual effect which refer to the local Rustika stones.

Michael Ebling, Mayor of Mainz, adds: “MVRDV will create an architectural highlight in the Zollhafen quarter. The profile of the city will be given a contemporary twist along Neustadt’s future promenade by the Rhine, forming an antithesis to the medieval heart of the old town.”

Construction is slated to begin in autumn 2015.

The “Hafenspitze” competition designs will be exhibited at Zollhafen Mainz Weinlager, Taunusstraße 59-61, from October 15 through 26, 2014. 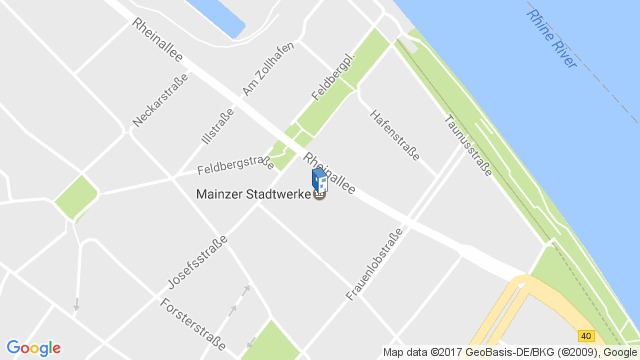