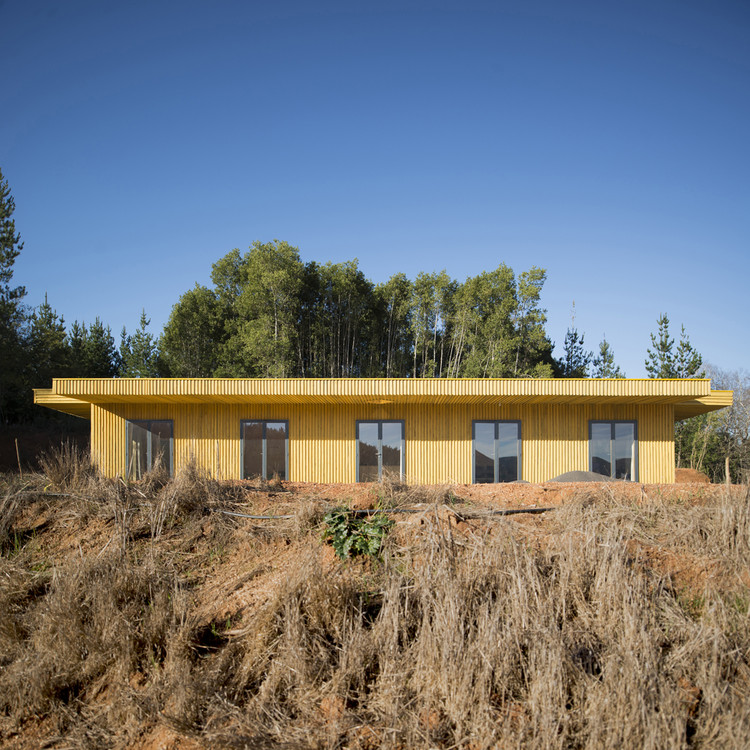 Text description provided by the architects. Even though the house we originally projected for a permanent use, after important changes in the family, it was transformed into this other house, no longer in reinforced concrete, a third smaller and for a temporary use. We did not only try to keep its luminous and relaxed presence but to trace it literally on top of a kind of fictitious footprint of the previous project.

On top of the same existing artificial podium, the new house extends itself horizontally as an attempt to follow the flow of a sinuous river at the foot of the hill. The dominant position of this piece establishes a double front articulated in its interior by a regular sequence of identical rooms.

Towards the open landscape there is a continuous arrangement of common functions and to the immediate hill there is another discontinuous one with individual functions. Each side has five rooms with a system of openings in the exterior walls indifferent to orientation or program and another system of apertures in the interior walls that is relative to the degree of privacy from one room to the other.

Both sequences are structured by another system of ceiling apertures that forces diagonally the perception of the plan’s depth. The center of the whole house is blurred by a couple of tangential perforations that unify the rooms at every side. The perforated ceiling extends beyond the interior and separates each of the four sides with heavy shades.

The totality of the structure is impregnated pine. The exterior walls are clad with dyed rough pine boards and the interiors with soften and flat boards, with the same Petoruti painting inherited by the family. Musil said that every thing that wants to closely approximate another has an elastic band tied to it, which tenses when extended. If not, things could end up intersecting each other. It seems that in every movement, in every activity, there is an elastic that fortunately never let us entirely do what we want. 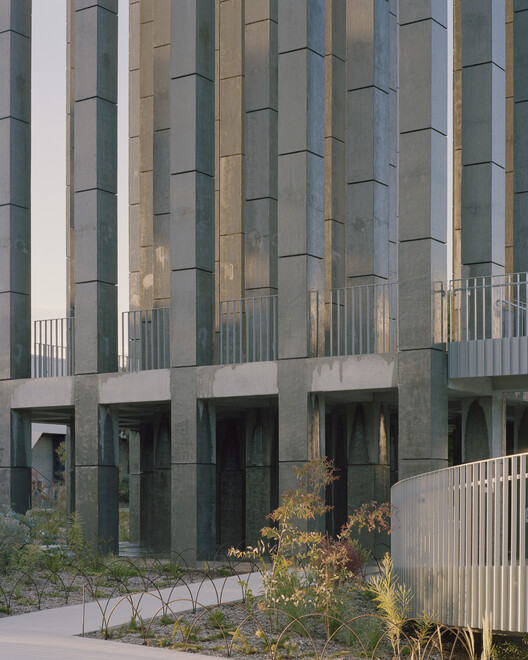