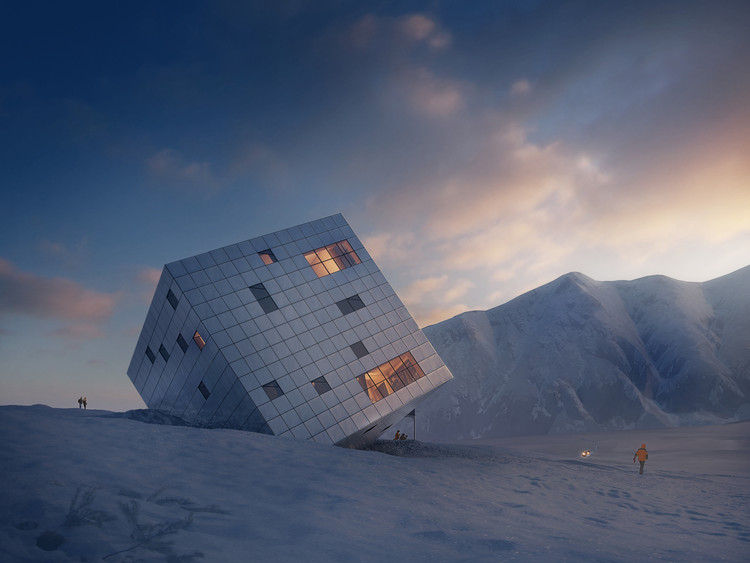 A8000 has design a sustainable mountain hut for Slovakia’s High Tatras as part of the Kežmarská Chata (Kežmarská Hut) international competition. Seated on one of its vertices, the simple cube “evokes an erratic block left behind by the retreating glacier,” while it’s “sharp edges” blend into the mountain backdrop.

“Thanks to the positioning of the construction, three sides of the facade are visible from any viewing point, which amplifies the play of light and shadows – the same effect which can be observed on the neighboring rocks,” described Atelier 8000. “The glass surfaces of windows and photovoltaic panels along with the light transparency of the metal plating complete the whole picture of the site with a touch of glimmer – just like the glints and reflections which can be observed on the surface of a mountain lake or on thawing ice.”

The construction is built with glued laminated timber beams made from larch wood. The aluminum facade system is designed in the form of square panels. The dimensions of the individual elements of the facade are designed in the module of 1x1 meter to facilitate easy handling and transport to the building site.

At its base, the hut provides a snowmobile garage, staff entrance, ski storage, drying room and restrooms. The ground floor is made up of a restaurant and deck, while the upper floors accommodate sleeping and emergency recovery areas.

In terms of its energy generation and consumption the hut has been developed as a passive building. The shape and orientation of the hut maximize solar energy, while parts of the facade with energy generation units are oriented southwards and eastwards to face the sunrays directly. 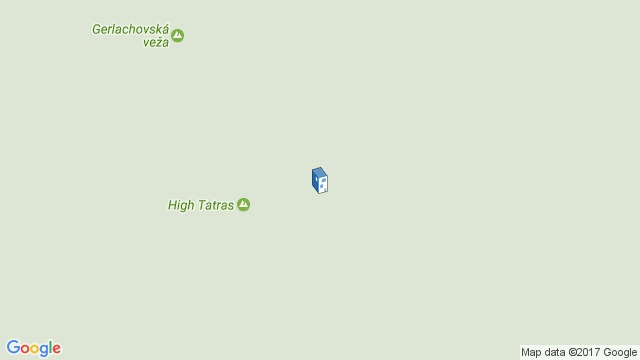 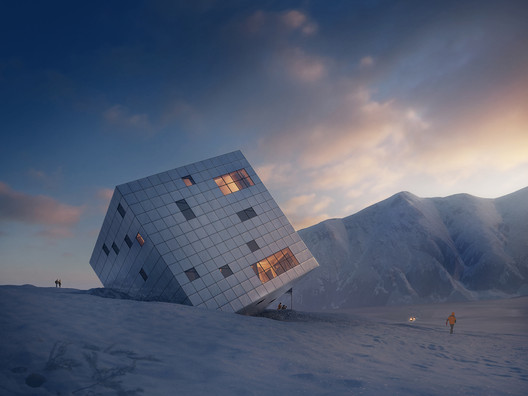