Save
Loft in Bratislava / gutgut 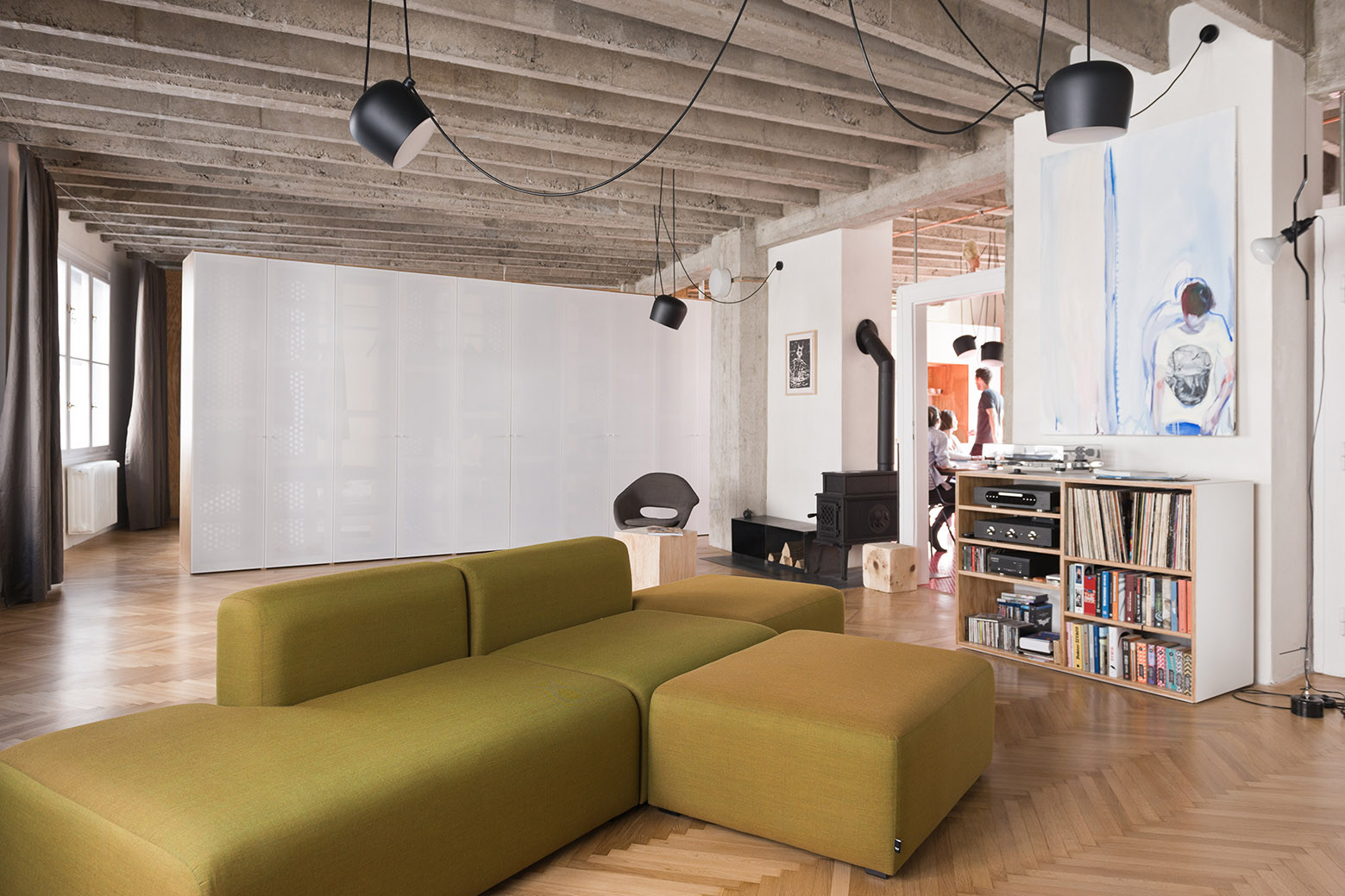 Text description provided by the architects. In the spring of 2013 we started working on the refurbishment of an apartment within a functionalist building designed by the architect Clement Šilinger in 1928, located in the city centre of Bratislava. We were working with a simple brief, to transform a four-room apartment into a multi functional space for art, working and a good turntable with sound system.

This relatively loose brief allowed us to take a different approach to the refurbishment. We decided to work with the original plan of the apartment as one layer of our new design. We kept wooden doors and parts of floors from the original layout, combining them with a new simple arrangement that works according to the traditional split into day and night zones. The overlap of the two created a new rich loft-like interior plan.

The only new dividing element of the apartment is a "functional" wall working as a closet, utility room, laundry and kitchen at the same time. The wall, built as a simple timber frame, stretches across the whole apartment, dividing it into a day and night zone. Its surface is formed by alternating surfaces of white perforated steel sheets, and natural and white spray-painted plywood. The original white wooden doors are simply set into this new wall, defining the new bathroom.

One half of the apartment floor is finished with the original oak parquet. The other half is unified through red rubber flooring flowing smoothly from the foyer through the kitchen with a large round table into the shower room.

The apartment interior concept is about bringing together several small details. The combination of white perforated metal on a timber construction of the dividing wall creates a visual game of materiality and light penetration.

A cupboard is created by inserting a simple white metal sheet into the original double-door frame onto the balcony, accessible from outside, as well as from the entrance hall. A new coat hanger has been created from an old door. One of the striking new interior features is the dining table (designed in collaboration with sculptors Richard Seneši and Jakub Trajter) – a mahogany stump made of glued concentric veneer circles with a hole in the middle, resting on a metal construction. The living room is defined through a cross shaped sofa.

In the process of the apartment refurbishment, the space has become a studio occupied by several craftsmen and artists. While the mahogany veneer table was made using kilometres of veneer, old windows and doors were gradually repaired, the construction elements were cleaned, the ribbed concrete ceilings that have been covered for many years have been stripped, and concrete was cast to create a tv unit and a bookshelf. 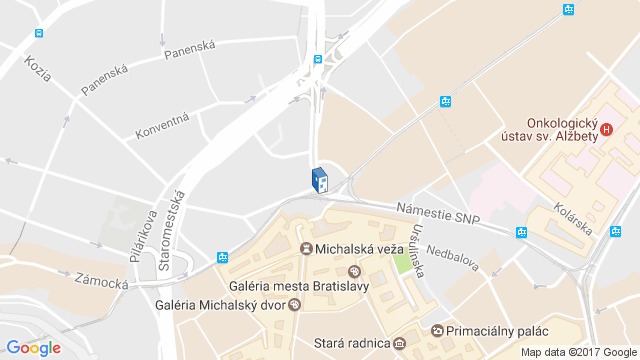 Location to be used only as a reference. It could indicate city/country but not exact address.
Share
Or
Copy
About this office
GutGut
Office
•••