Last week the Pritzker Prize laureate was announced. That’s just one of many great posts you may have missed, so we chose the best for you to check them out. All of them after the break.

2010 Pritzker Prize: SANAA Today, the Pritzker Prize laureate has been announced: Japanese practice SANAA formed by Kazuyo Sejima and Ryue Nishizawa. SANAA was following Steven Holl on the polls (my favorite for next year), a name that was very strong for the award since last year. The awarded duo will receive the prize at a formal ceremony May 17 at Ellis Island, New York (read more…) 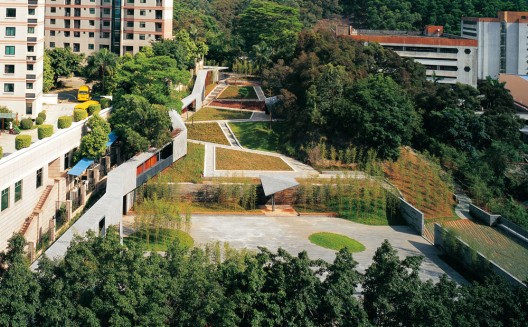 Jade Bamboo Culture Plaza / Urbanus Before the launch of large-scale urban construction Shenzhen was formerly hilly country. Today, it is difficult to see the original landform distinguished from the even city pattern. The Jade Bamboo Garden, which has insufficient connections with the surrounding streets, is one of the few areas partly retaining the original landform and vegetation in the urban center (read more…) 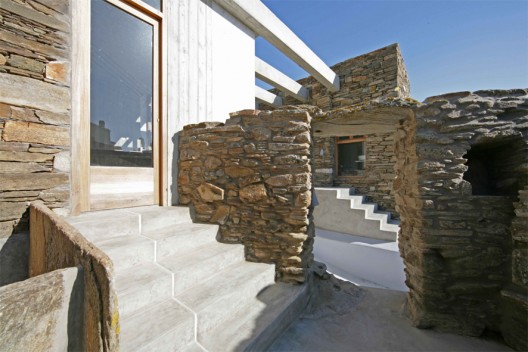 House in Tinos / mX Architecture The land is located at the northwest edge of Hatzirados village on the Cyclades’ island of Tinos in the Hellenic Mediterranean. It contained vestiges of previous stonewall vernacular tissue including characteristic elements such as a wine press and a stone oven. The aim of the project was to erect a contemporary house within a traditional frame (read more…) 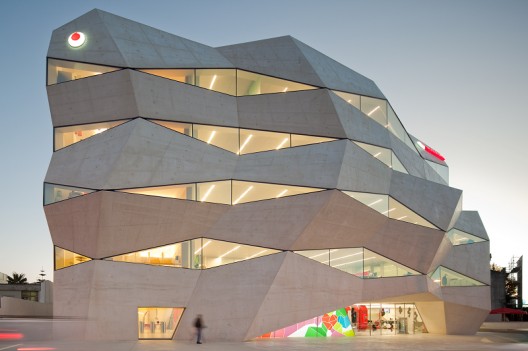 Vodafone Headquarters / Barbosa & Guimarães In July 2006, when we were invated to the new building competition, through the media, radio, television and newspapers we could notice the following slogan: “VODAFONE LIFE, LIFE IN MOTION.” This sentence reflects the attitude and philosophy of Vodafone. We believe that the new building should be faithful to this idea, adopting a dynamic image, conveying the sense of movement, challenging the static (read more…) 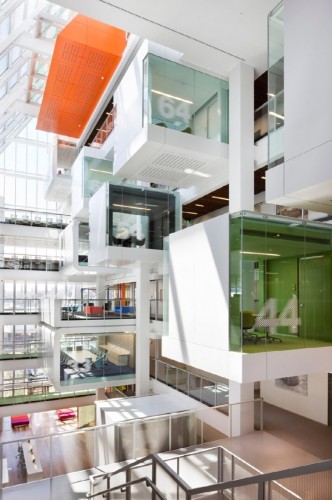 Macquarie Bank / Clive Wilkinson Architects In 2006 we were selected to lead the design team, with Woods Bagot, as local excective architect, to implement a fit out for Macquarie that would complement their adoption of a new collaborative style: Activity-Based Working (ABW), a flexible work platform developed by Dutch consultant Veldhoen & Co. Our first idea was to open up and animate the ten-story atrium with 26 ‘meeting pods’, as a kind of celebration of collaboration, allowing clear lines of sight through the financial business (read more…)