The latest episode of Al Jazeera’s Rebel Architecture takes us to Nigeria, where architect Kunlé Adeyemi has designed floating buildings to help solve overcrowding and flooding in the country’s waterside slums. “I am constantly inspired by solutions we discover in everyday life in the world’s developing cities,” he says. Yet, despite his studio NLÉ’s easy-to-build, low-cost, sustainable prototype for a floating building, Adeyemi still struggles to get approval for their construction from the local authorities. This 25-minute episode follows Adeyemi as he seeks to implement his floating buildings. 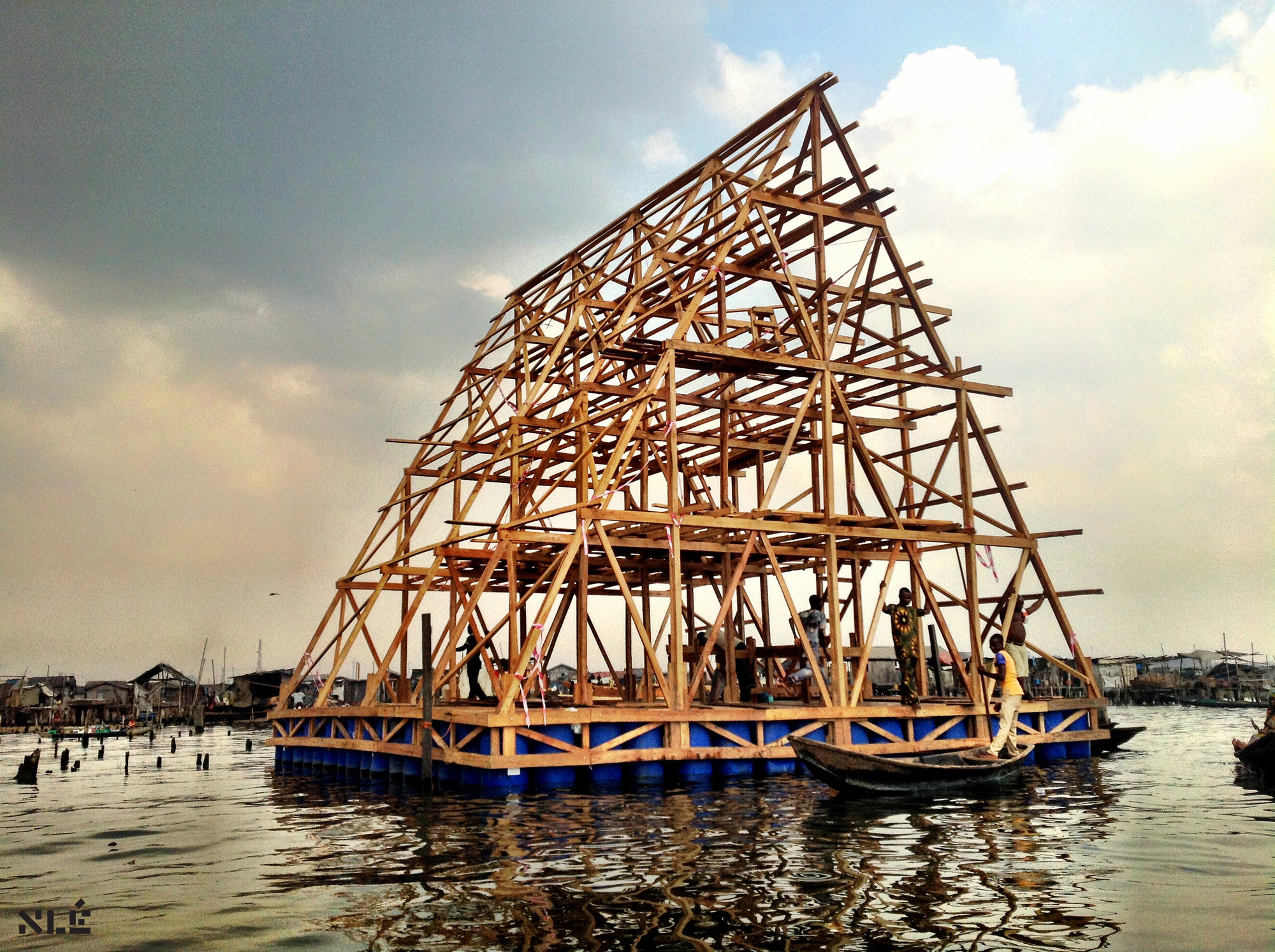 From Al Jazeera: “Working on Water,” Directed by Riaan Hendricks

Nigerian Architect Kunlé Adeyemi is pioneering floating buildings to solve the issues of flooding and land occupation that affect hundreds of thousands in Nigeria and other African coastal cities, including the 85,000 residents of the Lagos, Makoko slum. His studio have come up with an easy-to-build, low-cost, sustainable prototype for a floating building – one of which is already being coveted by an overcrowded school in the area.

But despite winning numerous awards, he is still struggling to get approval from the authorities to roll out the prototype.

Several hundred kilometres away in Port Hartcourt, a similar landscape, he is working on a floating radio station for a community NGO; but the regional government is keen on redeveloping the area, and has a multi-billion dollar plan that favours displacing its current residents, over improving living conditions in the slums. Can Kunlé get his plans afloat in time?

Rebel Architecture is a new series featuring architects who use design as a form of resistance and activism. By designing for the majority rather than the elite, the architects in “Rebel Architecture” are tackling the world’s urban, environmental and social problems. Through six, half-hour documentaries the series will highlight architects working in Vietnam, Nigeria, Spain, Pakistan, the Occupied West Bank and Brazil. Stay tuned for the last episode on Brazil's Ricardo de Olivera who makes his living as an informal builder in the country's largest favela. And in case you missed them check out episodes 1, 2, 3 and 4, below.