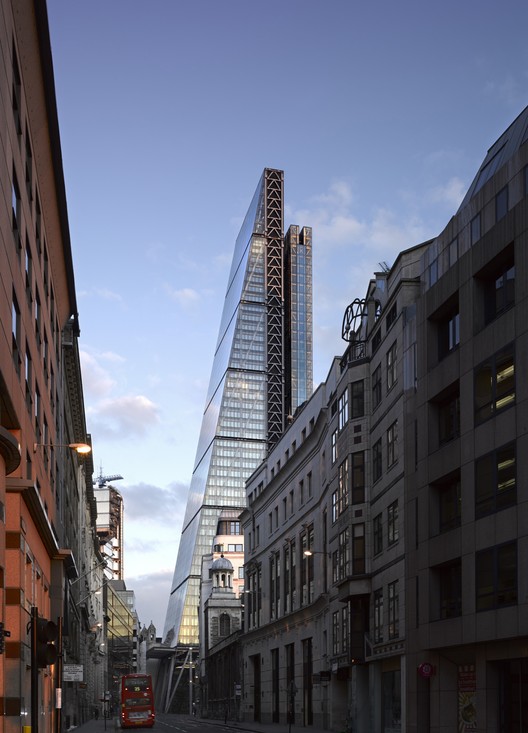 Text description provided by the architects. The building comprises a number of distinct architectural elements that provide clarity to the composition both as a whole and as a legible expression of its constituent parts. These elements include the primary stability structure, the ladder frame, the office floor plates, the northern support core, the external envelope and the public realm.

The northern support core is conceived as a detached tower containing all passenger and goods lifts, service risers, on-floor plant and WCs. Three groups of passenger lifts serve the low, mid and high rise sections of the building, and are connected by two transfer lobbies at levels ten and 24.

The position of the northern support core relative to the office areas means that the structure is not required to be over-clad with fire protection, allowing the whole to be designed and expressed as visible steelwork. This articulated steel frame provides clarity to the whole assemblage.

The highly transparent glazed enclosure makes manifest the structure and movement systems within; its physical presence is a striking and dynamic addition to the City and a unique spectacle for the enjoyment for passers-by.

The lower levels of the building are recessed on a raking diagonal to create a large public space that opens up to the south. The spectacular scale of the semi-enclosed, cathedral-like space is without precedent in London and will create a major new meeting place and a unique destination in itself. Overlooking the space are generous terrace areas within a bar and restaurant that provide animation and views into the public space and beyond. This enclosure is open at ground level to give access from all directions. The public space is fully accessible by means of a large, gently raked surface connecting St Helen’s Square with Leadenhall Street. 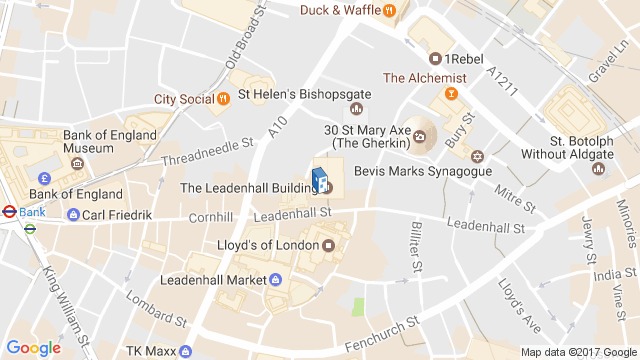