“Green architecture helps people live harmoniously with nature and elevates human life by embracing the powers of the sun, wind and water into living space. If the current way of thinking does not change, sooner or later citizens will actually live in concrete jungles,” Vo Trong Nghia says in this week’s episode of Al Jazeera’s Rebel Architecture series. An award-winning Vietnamese architect, Nghia is known for his sustainable and green designs as well as his work with bamboo. In this 25-minute episode, we follow Nghia on his mission to transform Vietnam’s attitude towards architecture and green spaces through his “Vertical Farming City,” and catch a glimpse of his project to implement low-cost housing solutions for Vietnam’s poorest communities in Mekong Delta. 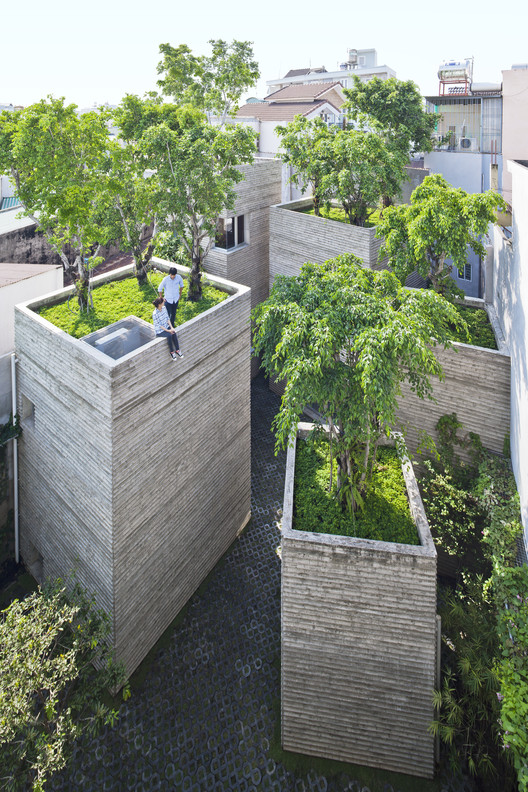 From Al Jazeera: "Greening the City," Directed by Nick Ahlmark

Award-winning Vo Trong Nghia is on a mission to transform Vietnam’s attitudes towards architecture and urban spaces through his environmentally sustainable buildings. “Population explosion is a big problem in all Asian countries, especially when these countries have a tropical climate but don’t have the knowledge to create architecture that suits their climate.”

As Vietnam makes a mad dash for growth and development, Nghia is defending the need for open spaces, trying to bring scatterings of greenery to the concrete, glass and steel that dominate the cityscapes. His buildings incorporate plants and trees, and include design elements such as natural air flow ventilation in the place of environmentally damaging and costly air conditioning.

The film follows Vo Trong Nighia as he tries to find support for his vision of a ‘Vertical Faming City’; and at the same time to implement low-cost housing solutions for Vietnams poorest communities in the sprawling Mekong Delta. “Green architecture helps people live harmoniously with nature and elevates human life by embracing the powers of the sun, wind and water into living space” says Nghia. “If the current way of thinking does not change, sooner or later citizens will actually live in concrete jungles. For a modern architect, the most important mission is to bring back green spaces to the earth.”

Rebel Architecture is a new series featuring architects who use design as a form of resistance and activism. By designing for the majority rather than the elite, the architects in “Rebel Architecture” are tackling the world’s urban, environmental and social problems. Through six, half-hour documentaries the series will highlight architects working in Vietnam, Nigeria, Spain, Pakistan, the Occupied West Bank and Brazil. Stay tuned for next week’s episode on Nigerian architect Kunlé Adeyemi as he tackles both flooding and overcrowding in Nigeria's waterside slums through the construction of floating buildings. And in case you missed them check out episodes 1, 2 and 3 below.