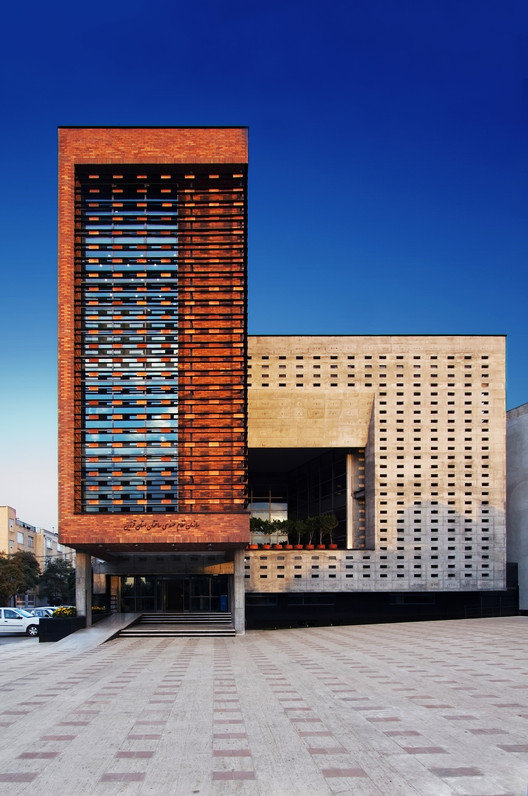 Text description provided by the architects. The main forming idea of this project lies in the geometrical involvement of two square loops tied to each other. These loops are in fact an abstract version of introverted pattern taken from Qazvin vernacular architecture. Herein, the loops which earlier used to shape central court yards in a horizontal order are tied in a vertical manner for reaching different building levels and connecting the interior spaces to surrounding exterior.

The building mainly is shaped through a two-layer skin within its exterior. The holes exhibiting the perforation pattern on the concrete skin are brick size volumes subtracted from the wall mass. Arraying holes were made intentionally to embed an engineering quality of rationalism and mathematical order standing for the organized, scientific and engineering characteristic of the building.

By getting help from two loops, official functions got separated from management section: The first loop proposed to be made of brick and with a vertical stretch geometry was allocated to management section of the building while the second, was proposed to be made of concrete with a horizontal stretch geometry was allotted to official functions. Detachment of the brick loop and the ground level defines main entrance as an outstanding veranda.

Alike the central court yard precursor, the loops have been designed to capture natural sunlight from the yard open space while the interior receives rays of lights through the perforated exterior wall.

Finally, on designing the interior spaces, the moulds were installed on the auditorium walls; this was not only an interior object installation for decorative purposes or acoustic reason but also was a memento of construction engineering career to be kept in the Construction Engineering Organization's building.

The structural system deployed in the project, includes shear walls for the exterior peripheral elements in combination with beam and column construction for the main skeleton of the building. The perforated shear walls employed here have been designed where the interest is focused on a mutual process: interior architecture needs and its qualities such as transparency and lightness; and facade considerations, itself determined by the characteristic properties of building components.

Avoiding any possible damage in the construction of the perforated walls, specific concrete moulds were customized and manufactured so the mould removal process would be followed in an effective two steps method where the holes could be left completely pristine.

As the mould customization would make it difficult to apply any vibrations to the concrete used, a certain type of concrete named as self consolidation concrete (SCC) was employed instead -that would harden solely due to its weight in the absences of any external mechanical forces. 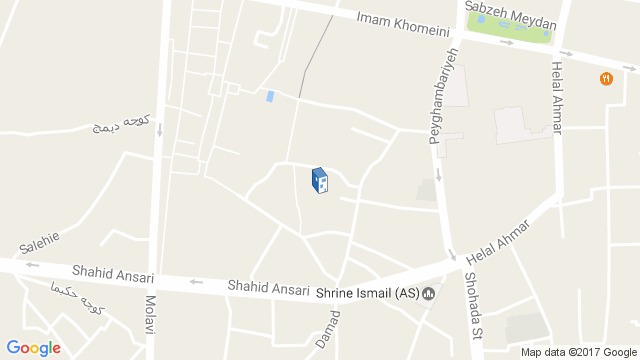