PWFERRETTO, a practice split between London and Seoul, have won second place in a competition to design the National Park and Memorial in the Republic of Korea's capital. In materialising the boundary of the site into an "active monument" that reconnects the forgotten history of the park into "a memorial for the Catholic martyrs who lost their life fighting for their beliefs," the design hinges around the site's constant struggle between belonging and being excluded from the city it is a part of. This paradoxical "inclusive / exclusive" premise is the starting point for the designers' conceptual approach. 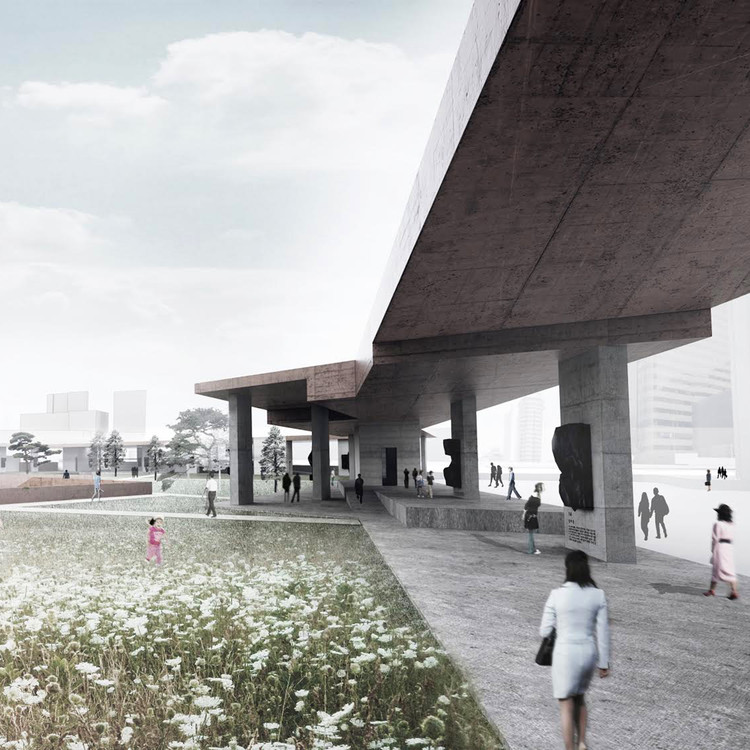 Being relatively isolated from its immediate urban fabric on all four sides of its perimeter - with rail tracks, an elevated highway, a built-up complex and, finally, a arterial street - the "boundary is not that which stops, but is that from which something begins its presence."

For the designers, by "materializing the boundary into a physical threshold we both commemorate the history of the site and at the same time create an isolated enclave, a place for all to find their inner peace; a place where absence creates a new form of contemporary public space, detached from commercial and superficial events and connected to both nature and history."

The boundary subsequently becomes a permeable wall for citizens to both engage and contemplate. As well as accommodating the main circulation arteries and functional services the wall also houses two forms of memorials that generate the park’s identity: