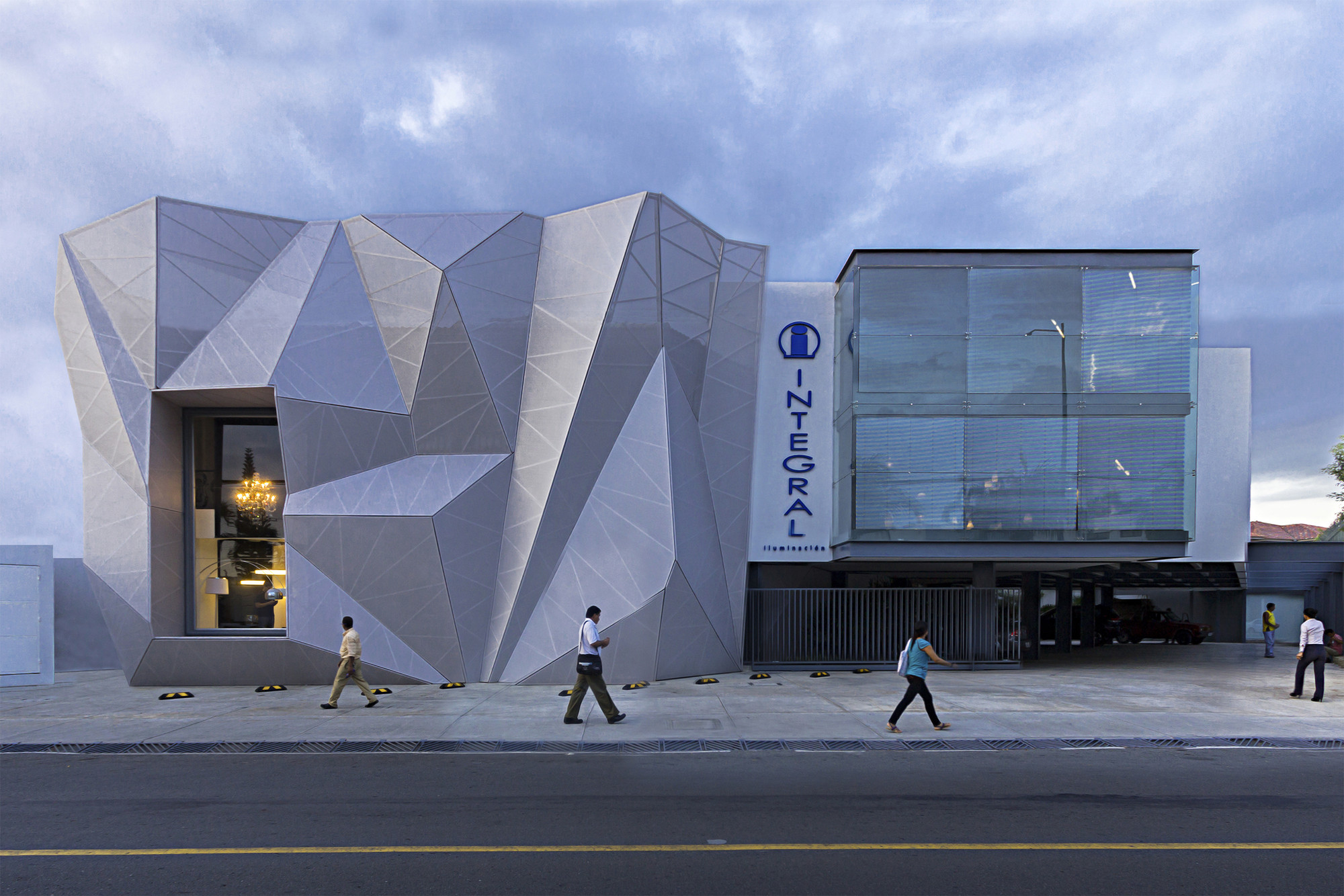 Text description provided by the architects. The Integral Iluminación commercial building oriented from north to south was developed in two diamond-shaped plots with a total area of 1050m2.

Two volumes on the main facade are clearly defined, one wrapped in a fabric designed with geometric shapes whose pattern was based on the diamond plan, which was decomposed into irregular triangles. The other is a simple glass prism with two levels, raised on an exposed metal structure, thus creating the parking area under the large roof.

For the design, three levels were proposed. The first level contains the parking area, gate, dining room, exhibition room and lobby overlooking the interior garden. The upper level contains a double height area with windows above, plus more sales and exhibition areas, meeting and conference rooms, a cinema and storage areas. The entire third level is proposed for the operational area, management, design, administration.

The facade panels are made of a mixed metal structure of steel and aluminum wrapped in a medium gray textile developed specifically for outdoor use. This mesh fabric permeable to light is lit with RGB LED reflectors, these are component parts of an automation system that controls the building allowing color changes. This facade is also made of exposed dark gray metal structures with large glass surfaces in certain areas.

Interior areas of the project were designed looking for simplicity, with colors and materials like concrete floors and white walls, ceilings and furniture. Despite being a commercial project with few windows to the street, from the entrance there are open and naturally lit areas with an interior courtyard and a fountain as focal elements in the circulation of the ground floor. 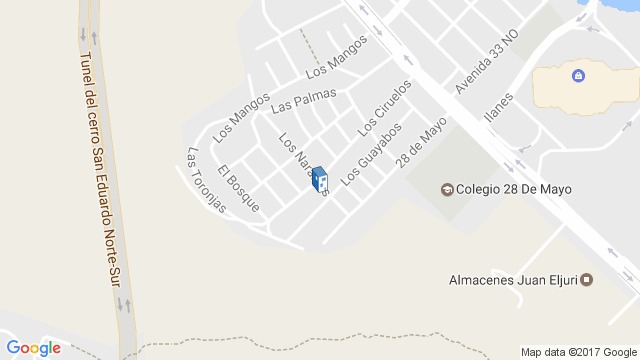 Location to be used only as a reference. It could indicate city/country but not exact address.
Share
Or
Copy
About this office
Jannina Cabal & Arquitectos
Office
•••