2013 KOBE Biennale visitors had the opportunity to experience the magic of a kaleidoscope in a whole new way thanks to Saya Miyazaki and Masakazu Shiranes' award-winning installation. The psychedelic polyhedral installation was designed for the Art Container Contest, which challenged participants to create interesting environments within the confines of a single shipping container. As visitors meandered through the installation, they became active participants – rather than passive observers – in the kaleidoscope's constantly changing appearance. For more images and information, continue after the break. 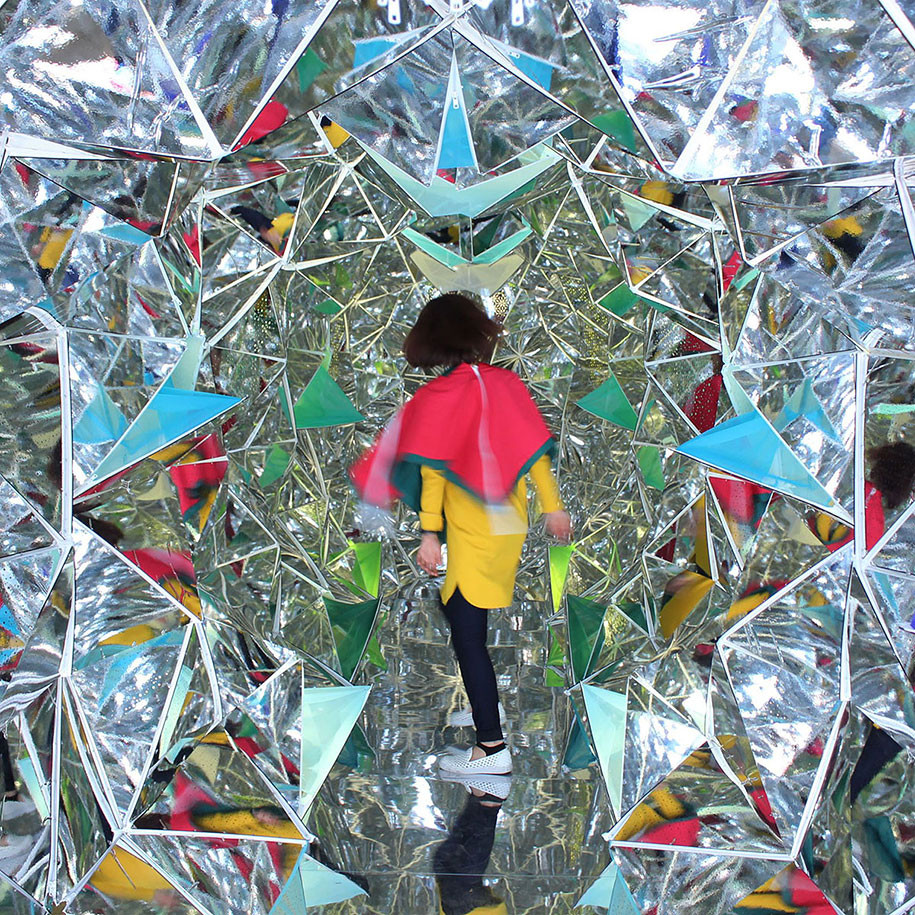 Miyazakis and Shiranes’ concept was realized using a combination of computational design methods paired with laser-cut fabrication. In an innovative twist, the installation’s rigid laser-cut planes were connected using zippers, a tool typically used to join soft fabrics, in order to simplify assembly, disassembly, and alterations. The duo chose this tool, as well as the kaleidoscope concept, based on their belief that today's architecture should be fluid and adaptable.

The polyhedron structure is hung by a support system of wires, which can be tightened and loosened to change the kaleidoscope’s form. In total, the giant kaleidoscope contains 1,100 triangles of two different dimensions and takes approximately four hours to install.

The two designers grew up in Japan and say that the design concept was furthered influenced by national traditions such as origami and residential architecture. They referred to origami to make the structure both light and strong by folding – the polyhedron is actually one folded 15m by 8m plane. They referred to housing elements such as fusuma and shoji, sliding panels used to divide spaces within the home, to create a form that could readily be altered.