✕
Save
Bridge Over the Rhone / Meier + Associés Architectes 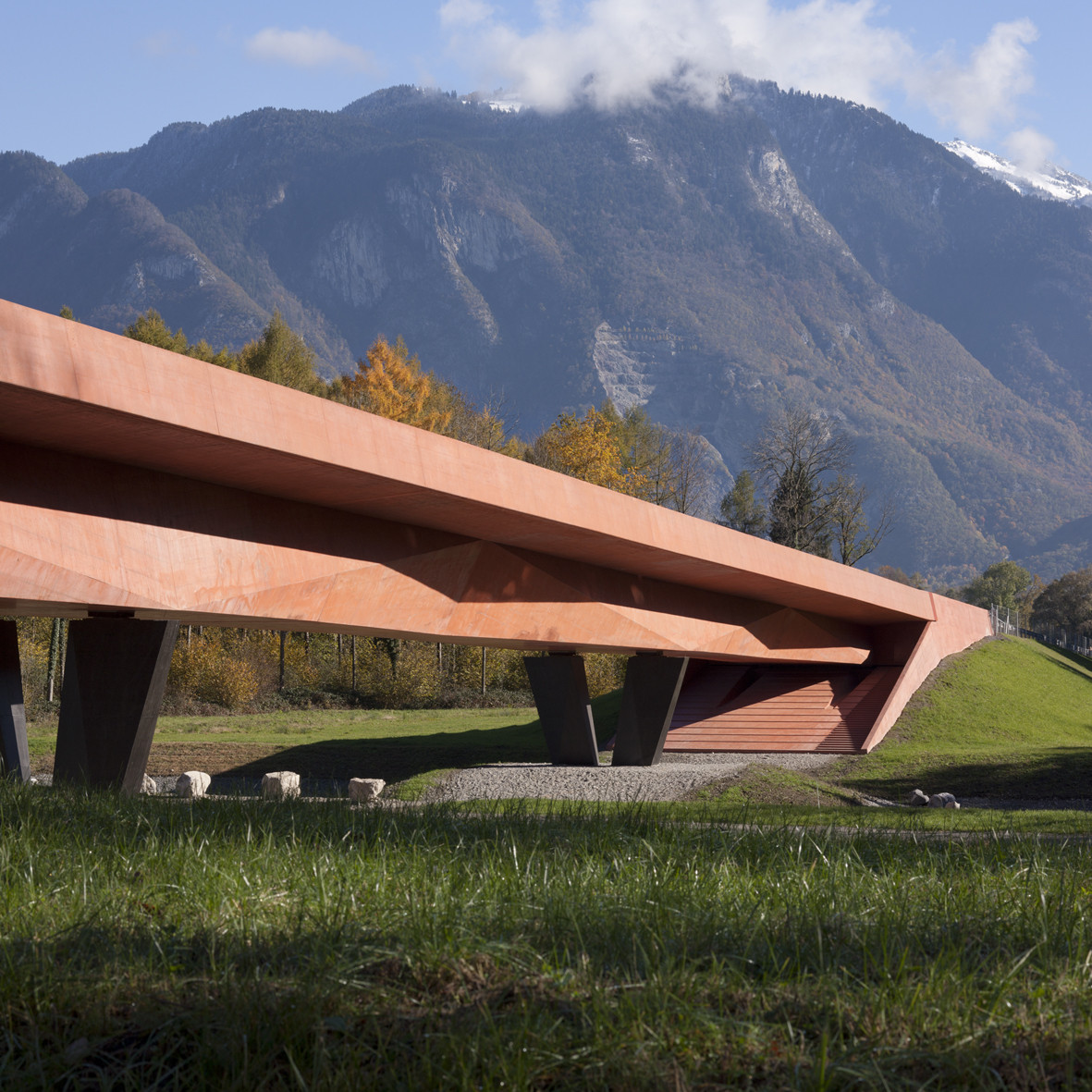 Text description provided by the architects. This 450-metre bridge has an effect on its surrounding landscape that is anything but trivial. Even though it stands just a few metres from the ground, the impact of this large object is significant. In the same way that the “vertical architecture” of a skyscraper interacts with its urban skyline, the bridge’s “horizontal architecture” interacts with the land. In this case, the land comprises heterogeneous fields, a road, a railway track, embankments, a canal and a river.

The concept for the Rhône Bridge is that of a continuous object that reflects the distribution of different static loads. This unity of form “strides” over irregularities in the terrain and interacts logically with the location by progressively increasing its span in line with the mathematical principle of harmonic curves. The 74 metres required to cross the Rhône are thus integrated into this quasi-mathematical logic, in which the maximum load merges “naturally” into the whole structure with no noticeable visual effort. The colour of the concrete from which the bridge is built strikes a “red line” through the landscape. The shape of the roadway was derived from a desire to combine curve of moments with form, where the bevelled facets reflect the changing span. The structure is designed as a shell that reflects the different static loads by catching the light in a distinct way. The supporting piles adopt a similar principle, with their V-shape design, and a angled “bilge” form that is both repetitive and progressive. Lastly, the two abutments that mark each end of the bridge, as well as the anchorage points and returns, are rather like “open hands” on which the roadway rests. 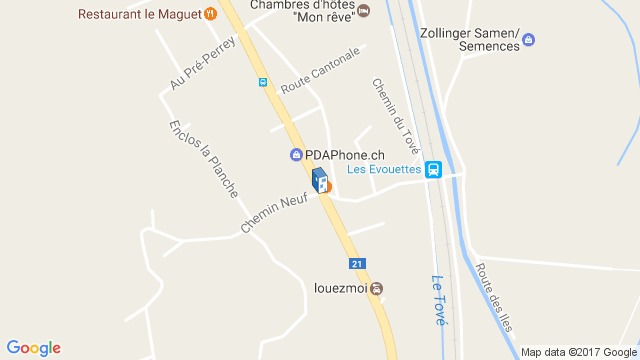 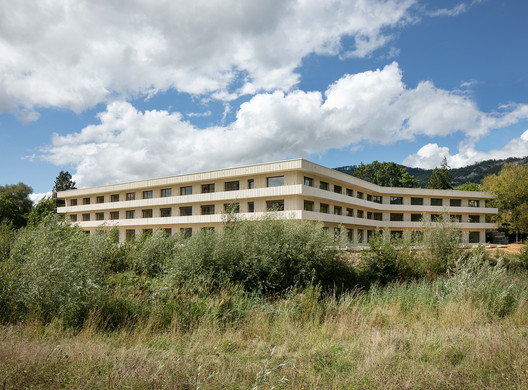