Images and video of the BIG Labyrinth have begun to appear on social media since it opened on July 4th at the National Building Museum (NBM) in Washington, DC.

The 61×61 foot maze, housed in the building’s grand atrium, will be open to visitors until September 1st. See more images and video, after the break... 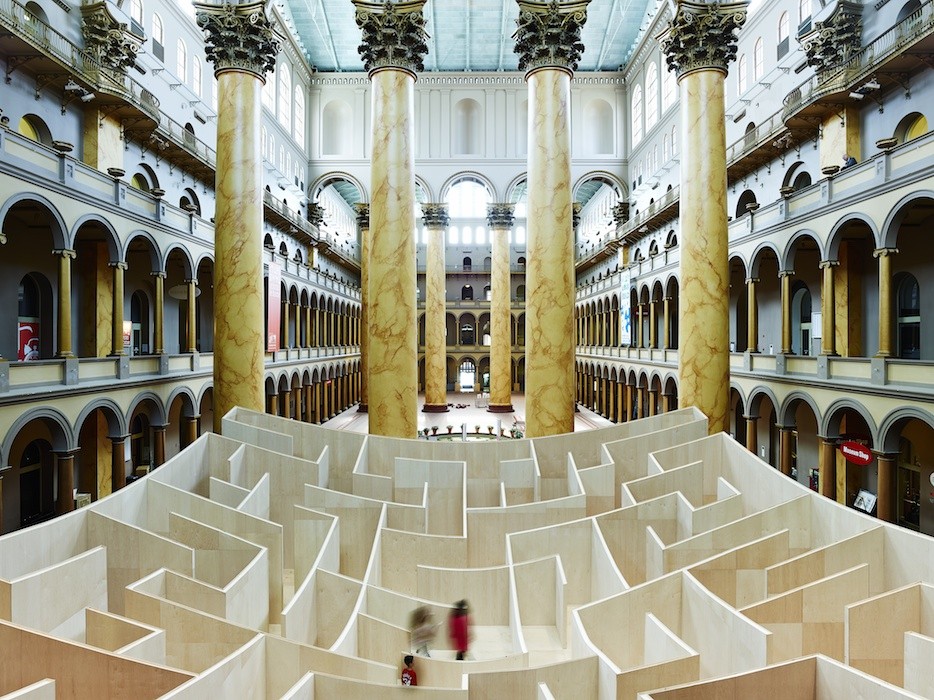 We're in super early for some press visits at the #BIGMaze...check out the lighting right now! http://t.co/OBv2Qq8Tj9 pic.twitter.com/HorlSbRuwV