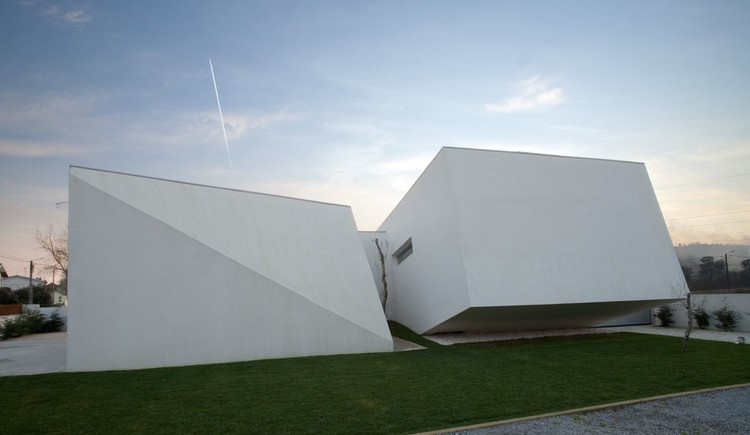 Text description provided by the architects. With the use of maxima deployment allowed by ground in its vertical projection, resulted the volume of the building.

The idea was blend a sculpture image with architectural needs, making them ambiguous, was the proposal made to the owner, as a work premise.

We used a 10 ° flexion in two volumes, in order to maintain among themselves a common language. The application of bending, runs one of the volumes in its horizontal axis, and the other in its vertical axis. This gesture created a distant positioning to a formal level between the two block, allowing however have several readings volumes. These large volumes almost blind, provides you a very strong image.

Between the "bodies" happens the entry, where highlights, through a sectioning of the volume on the horizontal axis.

The organization of space, starts in the north wing of the house, a relationship between the house and an existing elementary school. Sought to break with some of the architectural forms of identification, especially outside windows that were used in the smallest possible number. Lighting/ventilation of rooms happens from individual small patios. 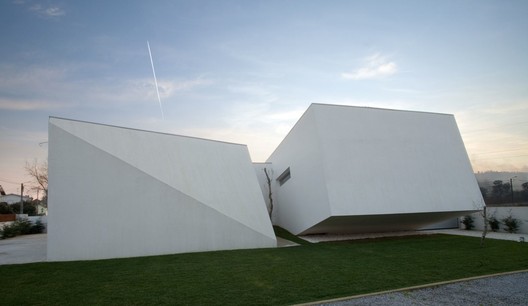