Save
Biennale Exhibit Examines the "Chinese Condition" - What Happens When 1% of the World's Architects Design 33% of its Buildings
Presented by:

This is the question that motivates THECONDITIONOFCHINESEARCHITECTURE, the exposition TCA ThinkTank displayed within the Chinese Pavilion at this year's Venice Biennale 2014. Read the curators' description of their exposition's look into the perceptions and reality of Chinese architecture, after the break. 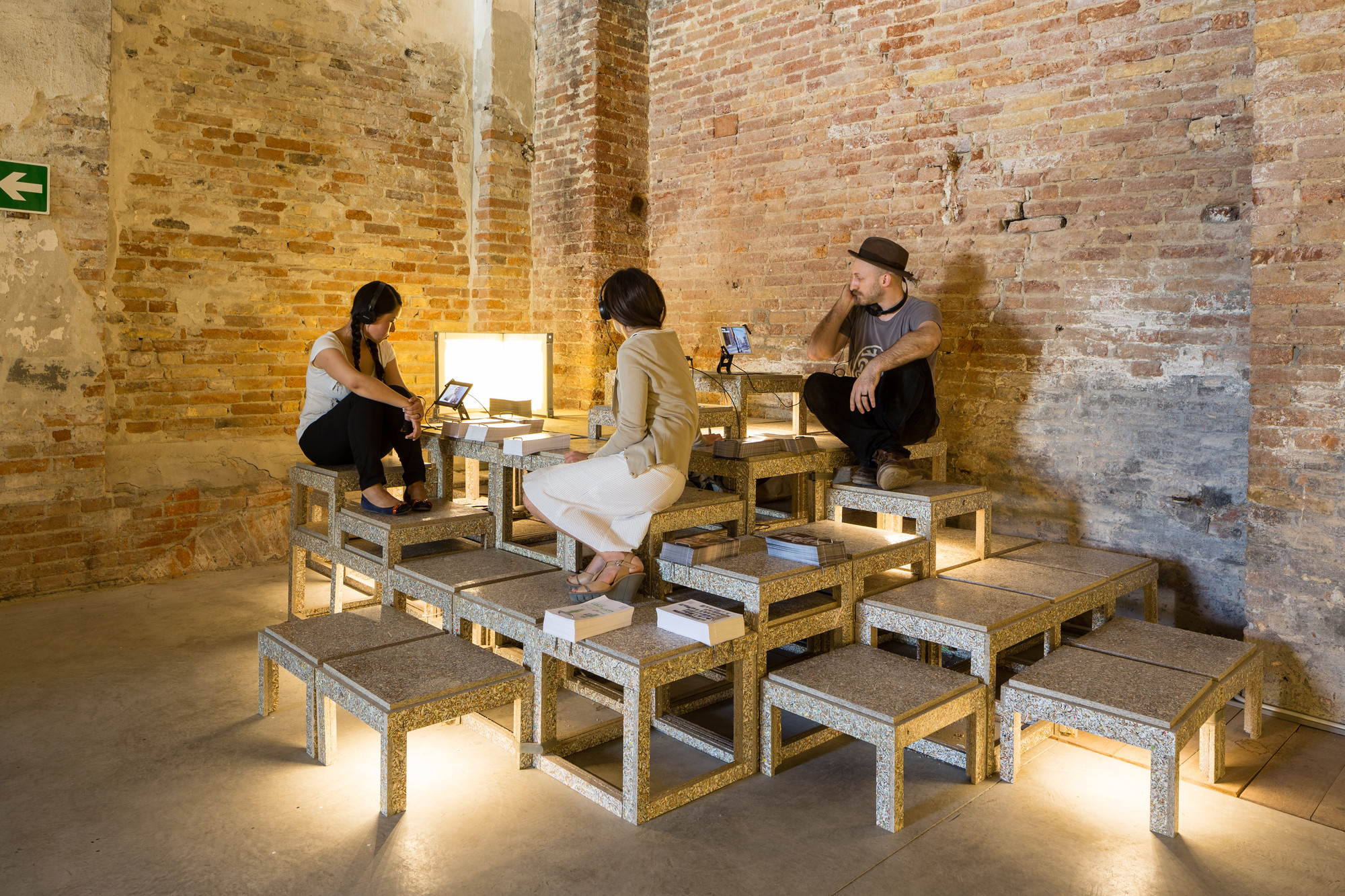 From the Curators. The exposition with the project title THECONDITIONOFCHINESEARCHITECTURE highlights issues regarding the perception and research of the reality of the architecture in China. China uses 33% of the world’s overall consumption of reinforced concrete. Chinese architects account for 1% of the world total, but the turnover from building work is 1/10 of the world total. In other words, one hundredth of the world’s architects must design 33% of all buildings and they must do this for just 1/10 of the profit. How does this condition effect architecture?

The exhibition is a collection of historical and contemporary information that provide basics for the understanding of the condition of architecture in China, and the situation in which way its actors must operate.

The contemporary reality is studied through the big numbers of the growth, size, quantity of projects, the issue of demolition, the relationship between the project and the context (or non-context), the definition of the numbers of Chinese phenomenon, the condition that determines its architecture.

The research of the identity goes back when all this started with the first contacts with the West and the expression of the national changings. They are developed through examples of Baroque, Beaux Art, Eclecticism, Chinese Revival, Soviet Architecture, Modernism, American Postmodernism, Mega-structural Modernism and New Vernacular Architecture and the latest generation.

The exposition consists of three parts: Conversations with Chinese Architects, Report of the Architectures of the new generation of Architects, Issues of architecture in China and the Issues Case cards locatend in the Chinese Pavilion In Arsenale Magazzino delle Cisterne. A visual data base is being collected on the THECONDITIONOFCHINESEARCHITECTURE site page, and can be accessed at http://theconditionofchinesearchitecture.com

In the exhibition are displayed the conversation with those ones who build and who want to create architectural thoughts. The latest generation of architects talks and describes their experiences, their design philosophy through the most important works and their positions about the main contemporary issues: the research of architectural identity, the possibilities and contradictions of the present historical moment, the understanding of the non-context, the speed of architectural creation, the traces of the past in new architectures and the condition of uncertainty as integral part of the Chinese society.

One can visit the places, buildings and architecture studies and listen to the stories behind the representative works that most represent their philosophy in architecture.

The cards collect the mainstream issues arising from the conversations:

“1 building in 7 days”: How the instantaneous composition of the architecture affects the design, the construction process and the final result.

“Icon, symbol sign and index”: The place for the meaning in architecture as relation with literature, art, architectural language uses, materials and architectural elements.

“The Chinese way to bigness”: the contraposition between different scales, the bigness of the appearance opposed with interior space and the elevation of the sense of privacy and human scale generating a general sense of unity.

The world looks at China to see how it deals with the big numbers of Asian development using the latest experimentation in architecture, trying to understand what the enormous and exceptional architectural production in recent years can teach to the rest of the world.

TCA ThinkTank has also provided these two videos on the Chinese pavilion. In the first, curator Pier Alessio Rizzardi speaks about the inspiration and ideas behind the exhibition, while the second  shows footage from the pavilion.