Save
"Visibility (Imposed Modernity)" - Kosovo's Pavilion at the Venice Biennale 2014
Presented by:

From the Curators. Kosovo has never absorbed modernity. Modernity has been a synonym of destruction and foreign aesthetics. 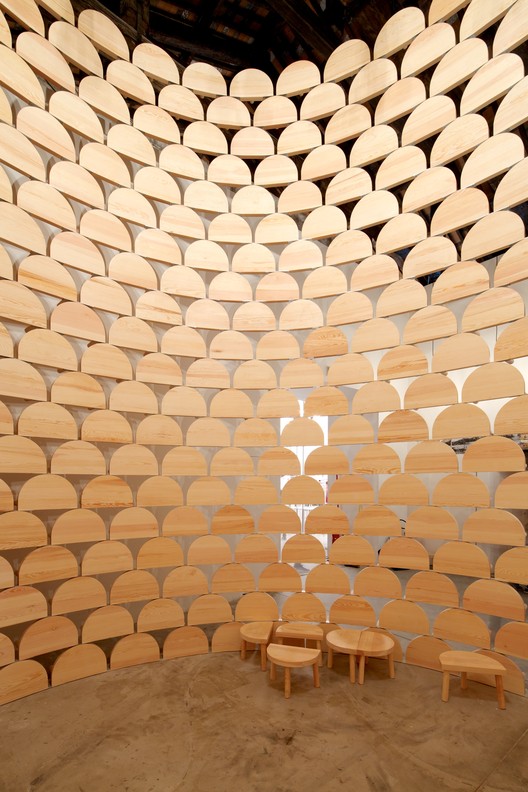 Until late 1950, Kosovar cities man tined their medieval structure, but with the mergence of the communist state, things began to change drastically.

Under programs unknown to the indigenous people, the socialist government destroyed neighborhoods to make way for new buildings. Streets were enlarged. Rivers were straightened. Modern­day equipment, concrete, and steel were used.

Organic cities, close to nature, built on a human scale and with natural materials, were transformed. They were forced to become "functional" to respond to the new socialist society. This process lasted until the post­modern movement in the 1980s, which attempted to restore architecture's relationship with tradition. A few buildings represented a true departure and held promise, most did not. The fake folk revival resulted in even more harm.

The 1990s brought more war, with suffering and destruction. in 1999 reconstruction began. Hundreds of thousands of houses needed to be built. Institutions were paced either into existing buildings or new ones, and property speculation began as well. The supposed trend of "design and build" was in fact "building without design," while building as much as possible. The results have been, and continue to be, disastrous.

Exhibition plays with the idea of visibility and erasure. 720 "shkëmbi", or traditional old chairs were used to build circular Shëmbi Tower. "Shkëmbi" in Albanian is a very old word meaning chair and rock at the same time. The traditional chair itself is the oldest part of a furniture which have passed centuries almost unchanged until the present day.

In a post card wall 360 images will show Kosovo and particularly Prizren, the most typical Kosovar city, in two states, before modernity and after, showing slow but absolute erasure of regional identity. Postcards will be in apparent disorder and constantly changing since the visitors can take them away. Each new layer of cards will reveal new images, old and new, presenting confusion and mixture of the Kosovar cities today. Our exhibition is about the process of making visible what we have lost and what we are left with on our journey. We belied that architecture is stronger than chaos.