Swedish based Mandaworks + Hosper Sweden have recently won an international competition to find the "best comprehensive urbanistic proposals for connecting the city centre of Trenčín with both waterfronts of the River Váh." The winning scheme - Tracing Trenčín - "is not a proposal which is noticeably stunning" but is, according to Thomas Matta, deputy chair of the jury, "considerate to the existing structure of the historic core of the city."

A compact city, Trenčín has only 57,000 inhabitants yet is "a natural landmark within the wider area." An hour's drive from Bratislava and on the border with the Czech Republic, the city "has a unique panorama formed by the castle fortress on top of a rock and the city has an interesting history and pleasant atmosphere." Currently, Trenčín is facing changes connected with the relocation of the railway track directly within the city centre as part of the modernisation of the European railway corridor, with planned completion in 2016. Through the competition, the City of Trenčín sought "fresh and innovative urbanistic solutions that will overcome transportation barriers and connect the historic city centre with the riverfront", enhancing the city’s expression and therefore encouraging its growth.

"The proposal is considerate to existing structure of historic core of the city, sensitively supplemented by new buildings, making it possible to connect both banks of Vah River in high quality way, with interestingly proposed functions and designed transportation. It understands the requirement of Trenčín citizens for high quality connection of the city with the river while respecting natural conditions of the river.“ As follows from the jury statement, the proposal was awarded also for balancing of functional use of spaces on both sides of the river which are properly connected by future promenade bridge." 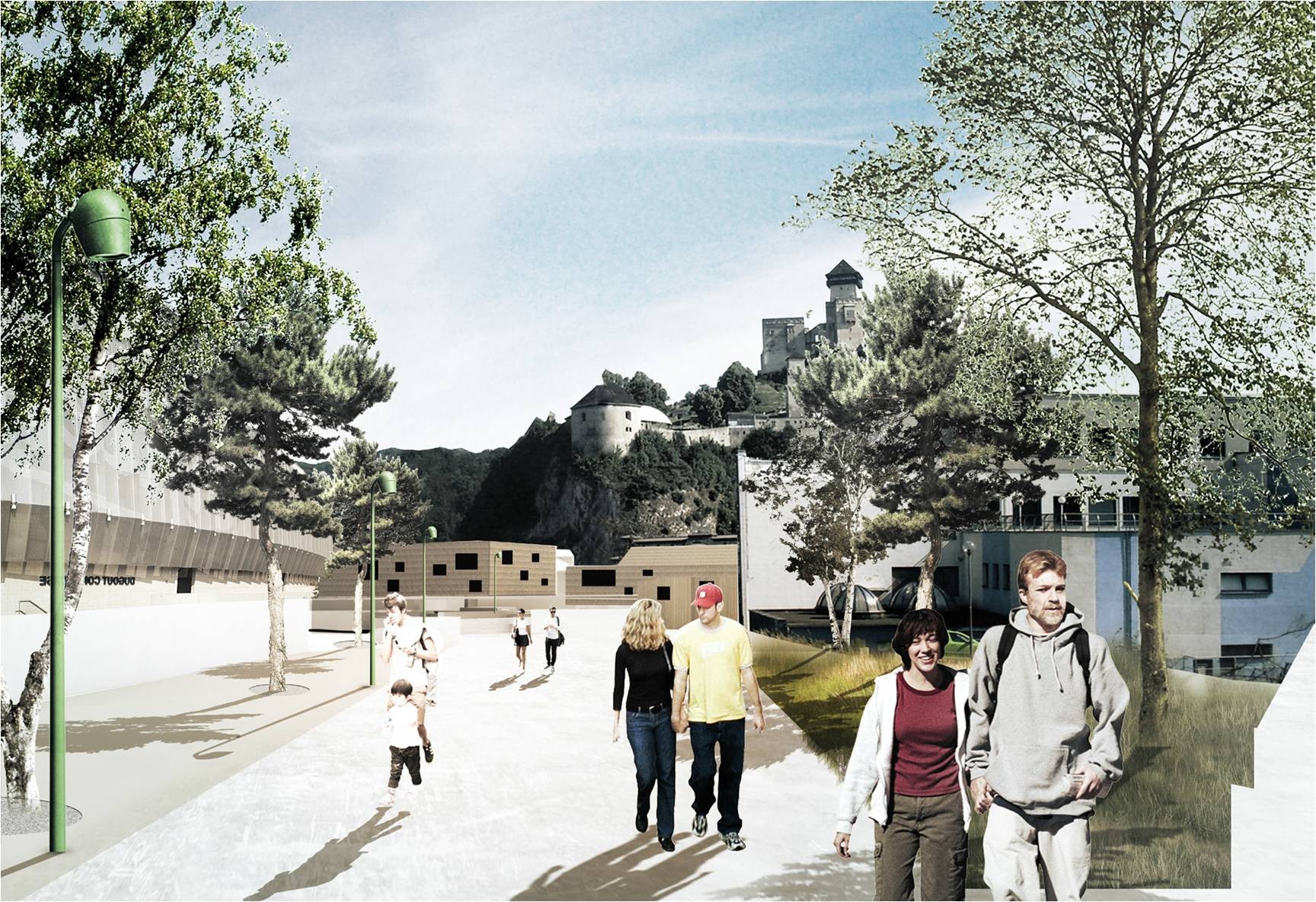 Martin Beďatš, Chief Architect of the City notes that "these are ideological proposals which will become a background for master plan of central city zone." Before the final decision is being made, the awarded proposals will go, besides expert analyses, also through public discussion which beginning is planned to be on September this year. In the same month also public exhibition of competition proposals is scheduled.