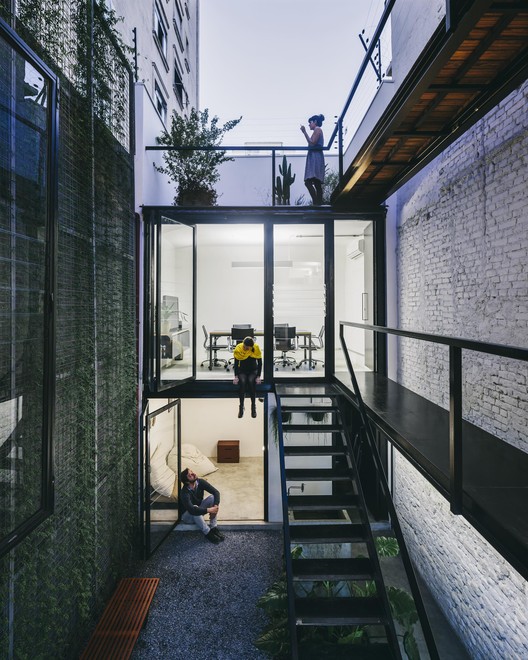 Text description provided by the architects. The project sought to keep the identity of an old São Paulo facade, forcefully highlighting the new interventions with black metal elements.

The project keeps the exterior walls as part of the memory of the place, while the program is divided into two separate volumes by a large courtyard that brings in light and provides direct contact between the work spaces and the exterior. The entire circulation is defined by black metal elements, a large metal walkway through space connects with the vertical core indicating the route to be followed.

The façade was designed following the relationship of the four neighboring houses, but its white and black colors makes it stand out from the others and ensure its contemporaneity.

The conversation between new and old, and interior and exterior, creates a playful and creative work environment for a movie production company. 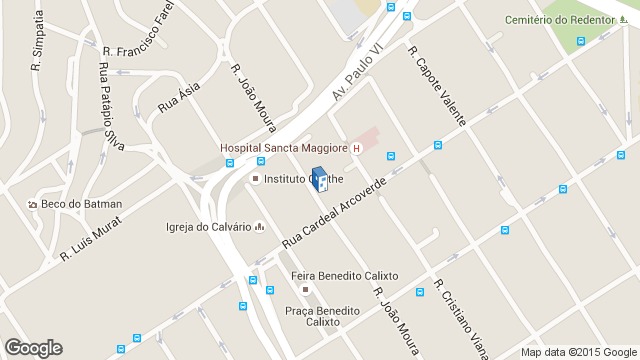