Save
In Search Of Invisibility: Jun Aoki's Omiyamae Gymnasium
Share
Or
Copy

Japanese architect Jun Aoki is famous, above all, for his rather object-like buildings. Although some of his works explore the theme of ephemerality, most are visually quite striking. That said, his new work, just completed in a small town near Tokyo (Suginami district), searches for invisibility. The huge volume of the covered sports hall Omiyamae Gymnasium is hidden. Approaching to the building, one sees only two ellipse-shaped one-floor structures. Lower than the surrounding city, tailored from small private houses, the newcomer does not stand out at all. 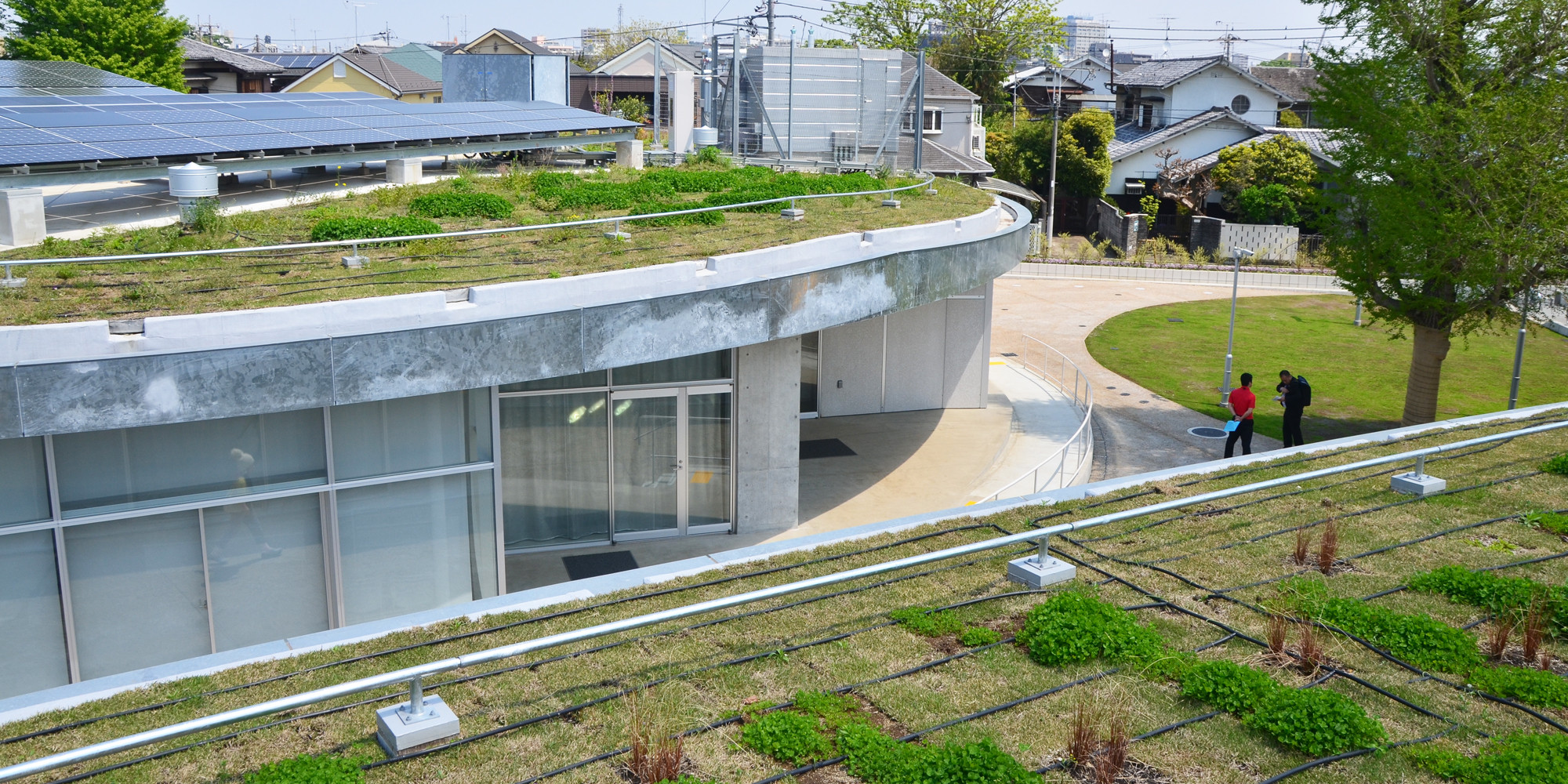 The volume of the sports hall is entirely veiled under the ground surface. Therefore, the architect was able to leave the ground mostly un-built. In fact, it is the drop of density that strikes the most. From a compactly constructed residential neighborhood, the panorama suddenly transforms into an open air green plaza.

Once inside, the structure becomes clear, and the huge cube containing sports halls (swimming pool and sport courts) appears. Exposed concrete and metallic components combined with wooden pieces of furniture draw together the bright and comfortable interior.

Yet the building stores a further surprise for its visitors; the roof of the main ellipse-shaped volume is designed as a park. Peaceful and green, it appears in continuity with the rest of town.

The roof of the minor building hosts solar panels mitigated by greenery and bushes. The use of renewable energy appears, in fact, to be a crucial factor in the building's design strategy. Thus, this public facility is not only humble, but also (at least partially), self-sustainable.

This article was originally published on Maria Novozhilova's site as "046. In search for invisibility: Omiyamae Gymnasium by Jun Aoki."