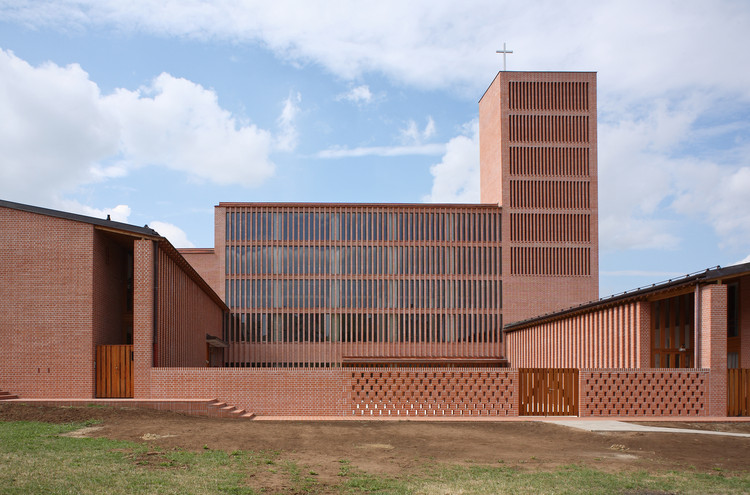 Text description provided by the architects. The three elements of the building – the church, the parish and the community house - surround a regular quadrat-shaped courtyard. The courtyard will be soon a garden with trees and flowers and with a fountain in the middle. As long ago in the monasteries.

Because the model comes from there. The difference is that this courtyard is opened in its fourth side – it is bordered only by a tracery fence – and this is an important message to the World: come in, we are open. If once the park is finished as well, the water of the fountain will flow as a vein to there and swell into a lake. This movement strengthens the previous idea: the connection between inside and outside is relevant.

The system of the service seems emblematic: the glassed corridors lead along the courtyard and broaden to a forefront in front of the community area. The certain functions as the resident and office part of the parish, the rooms of the community house and the space of the church are strung into this „U” shaped system.

The central space of the church is oriented to the apse. As the three building wings surround the courtyard, so the „U”-shaped gallery does surrund the apse, the main central point of the building. The apse, the only arc in the house differs not only by its form from the other elements, but by its colour as well.

The 63 colour glasswindow contain a hidden message. As the result of the dutch componist Alexander Skrjabin’s research he created a matrix, in which every single note matches to a single colour. Applied this note-colour code I wrote the gregorian tune of our prayer Kyrie eleison to the windows of the arc wall. It is a non-designed surprise that the colour glasswindows are even burning when the sun does not shine outside.

The colour world of the church – perhaps too pure and strange for some – is to strenghten this exaltation. Depending on the time of the day the space of the church is swimming in light stream or dawning in dusk, but the place of the eucharisty remains at the centre of our attention.

The chapel next to the church is purposely simplier, with its transparent windows I tried to support one’s inside-turning. It will be hopefully a space of the calm prayer. And at the end about the tower. Building a church without a tower was stylish in the modern sacral architecture of the 20th century. I think the church should be a sign at the beginning of the 21st century in Hungary, in Europe, where the evangelism seems to be needed. I hope that the seven-storeyed tower of the Roman Catolic Church of Gödöll will be the symbol of the presence. 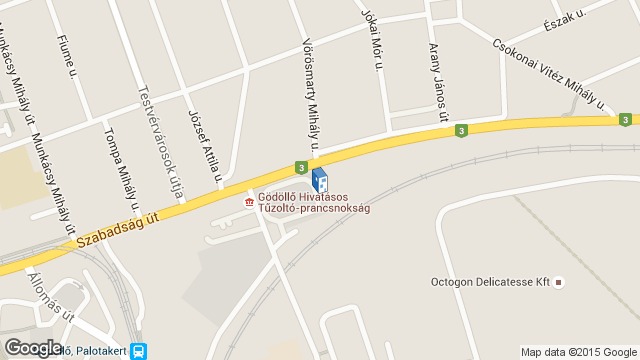 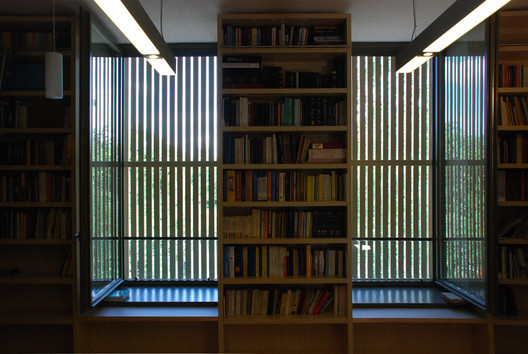