ARCHIMACHINE is a series of "17 illustrations of fantastic machines representing 17 countries whose gears are made and operated by architecture. Mechanisms suspended in time and space that produce and process culture." According to Babina, ARCHIMACHINE is a metaphor for how architecture acts as a fundamental mechanism in the production of the identity/culture of both a place and that place's inhabitants: "We make our buildings and afterwards they make us."

See all 17 countries as ARCHIMACHINEs below. 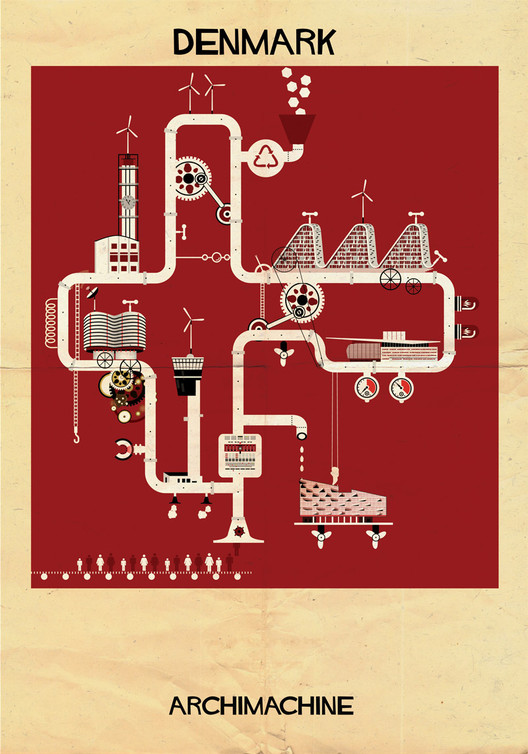