Read more
Save
In Detail: Chipperfield’s Nobel Centre for Stockholm
Share
Or
Copy

As we announced earlier, David Chipperfield Architects’ modest proposal for the Nobel Center’s new home in Stockholm has been announced as the winning submission of the Nobel Foundation’s prestigious international competition. Lauded by the jury for its “lightness and openness,” Chipperfield envisioned the glass and stone proposal to “convey dignity” and embody the ideals of the Nobel Prize so it may serve as inspiration for generations to come.

Detailed drawings, images and quotes from the architect, after the break...

“The Nobel Prize may be considered the most significant prize for outstanding human achievements in the sciences, literature and peace in the world. Since 1901 when the first prizes were awarded, the Nobel Prize has been associated with integrity, autonomy and freedom, fostering the ideals of a just and peaceful world,” described Chipperfield.

“The new Nobel Center - ‘Nobelhuset’ - is not only a starting point to consolidate the admirable past in one place, but to build a foundation from which to move on into a new era of openness and outreach. An era in which the achievements of the Nobel Prize and its ideals are not only preserved and made available to historians, but become an active and lively source of inspiration for generations to come, encouraging them to not give up the hope and the belief that human accomplishments can contribute to a better world.”

Situated as a “solitaire” on a prominent water-front location along the Blasieholmen in the center of Stockholm, adjacent to the Friedrich August Stüler-designed Swedish National Museum, the new building will serve as the Nobel Prize’s first-ever home and establish the area as a predominant cultural destination.

United within the building’s “limited footprint” will be an auditorium, a museum, conference facilities, offices, a library, a restaurant, a café with bar and a shop. The auditorium - “Nobelsalen” - will be the center’s highlight, offering a backdrop of stunning panoramic city views and serving as the primary venue of the prestigious Nobel Prize Ceremony.

Circulation will begin on the open ground floor, accompanied by various museum activities, and will lead past the library, the conference area, the restaurant and the offices up to the auditorium. A new garden - “Nobel Trädgård” - will be established on the center’s south side and connect with the existing National Museum park and planned water-edge, creating a “generous natural space in the centre of the city.”

Transparent and opaque glass and stone elements will envelope the facade and respond to the programatic changes within. Depending on the daylight and ongoing activities, the structures exterior will seem to “oscillate between solidity and lightness, austerity and playfulness, enclosure and openness, thus reflecting the values of the Nobel Prize between tradition and modernity, history and future.”

The Nobelhuset is slated for completion in 2018. 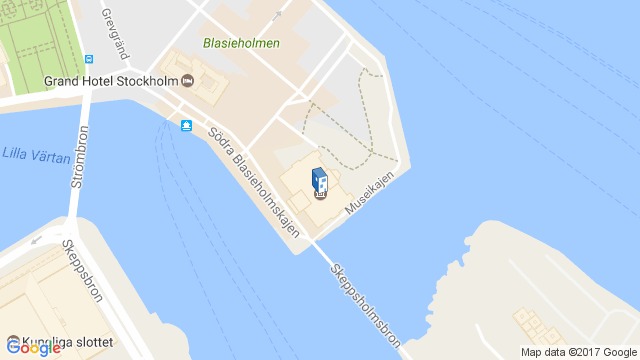