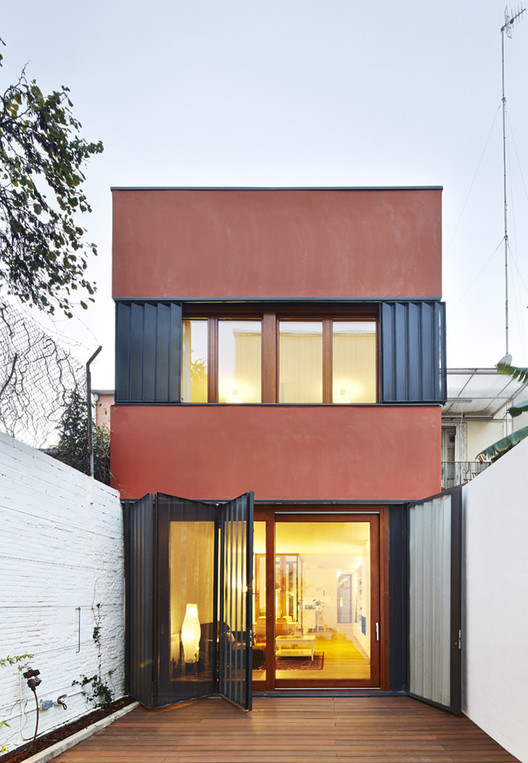 Text description provided by the architects. The “cases de cós” from the urban centers of the towns of Catalonia are characterized by a narrow plots adapted to the structural bay between two parallel bearing walls. Sometimes, as in our case, the plot has great proportional depth, and the access of natural light through the two opposite walls remains very limited. To address this situation, the house has two vertical cuts - courtyard and staircase - which divide the plan into 3 parts. All the rooms are thus well lit and properly ventilated.

On the ground floor, a large space that includes kitchen, dining and living room surrounds the courtyard and extends to the rear garden. On the first floor, services are placed longitudinally attached to a party wall, leaving a central study-library area for common use as an expansion of the circulation space. The bedrooms are on both sides. On the top floor there is a large living room with access to the sun terrace. The vertical courtyard organizes and distributes while visually connecting the various spaces horizontally and diagonally.

On the street facade, the house follows the guidelines of the urban complex which is homogeneous in its general features - solid-void ratio, proportion of apertures, balconies with iron railings - but heterogeneous and singular in its details. 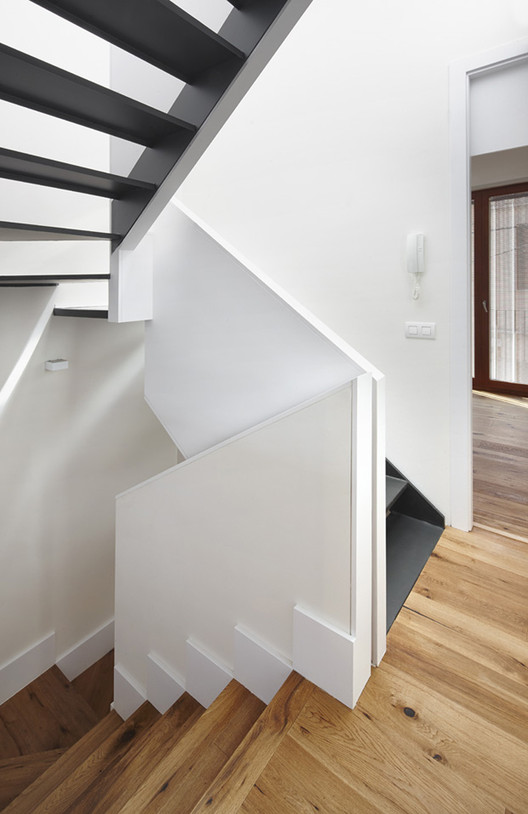