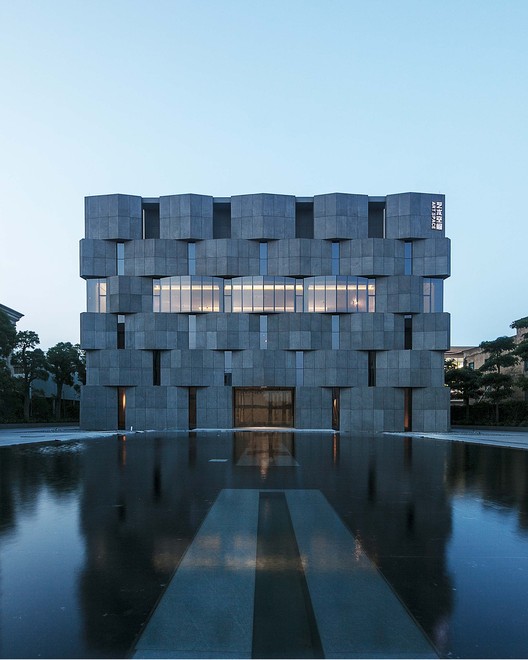 Chongwu ancient town was built in 1387, the best preserved ancient stone city in China. It locates about 30 minutes drive away from Quanzhou city of Fujian province.

City of Chongwu has long history of fame as Town of Stone Sculpture in China.Dingli Sculpture Art Museum lies beside the Chonghui Road leading to the ancient stone town.

The museum is facing to the south, lies on the center axis. The new reception center was built to west and the existing office building to east  was recently renovated. 3 buildings has formed a long rectangular entrance square.

The building of art museum looks like many huge stones stacking over the other, silent and generous. The facade implies the function of the building, meanwhile gives out a kind of natural, simple, but strong vision. The folding surfaces of stone wall create vivid shadow and the obtuse angle stone makes the corner look more firm and powerful.

The gallery interior space layout is symmetry, there is a round patio in the center, which surrounded by four exhibition rooms on each floor level. From the terrace on the top, people can enjoy the leisure and overlook the beautiful sea.

We choose a kind of commen local stone as facade material.  It is widely used as stone curving material, meanwhile as well as the basic construction material of Chongwu ancient city. Many traditional houses are made of stacking stones. Thus the museum design concept of stacking stones would arise the thinking of relationship between Dingli art museum and local stone tradition. The pure form of stacking stone has a strong contemporary vision as well. 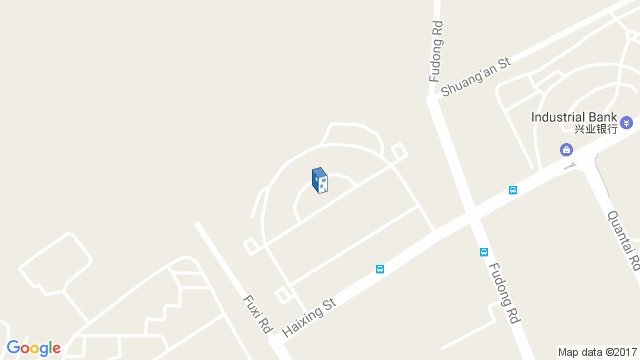