Save
AD Round Up: Stadiums Part II
Share
Or
Copy

Designing a place for 50,000 people to enjoy a sports event may be quite a difficult task. In this second part of stadiums (check the first one here), we include a Winter Olympic Games, Asian Games and the biggest and most spectacular stadium ever built for an NFL team. Enjoy!

2014 Winter Olympic Games Stadium / Populous The global design practice Populous announced this week that they have been selected by the State Corporation ‘Olympstroy’ to design the main stadium for the 2014 Winter Olympic and Paralympic Games in Sochi, Russia. Populous has also designed the master plan and overlay plan for competition venues (read more…)

2014 Incheon Asian Games Main Stadium / Populous The competition-winning design of the main stadium for the 17th Asian games in Incheon, in South Korea, illustrates a new level of sustainable design in stadia in Asia. The stadium will hold 70,000 people for the main event in 2014 and will reduce down to a single sided grandstand for 30,000 afterward as a People’s Park (read more…)

Dallas Cowboys Stadium / HKS The new Dallas Cowboys Stadium, designed by the HKS Sports & Entertainment Group opened June 6 for it’s first public event. The new venue, located in Arlington, Texas, is the home of the Dallas Cowboys, one of the National Football League’s (NFL) most watched teams in the USA. At over 3 million-square-foot (read more…) 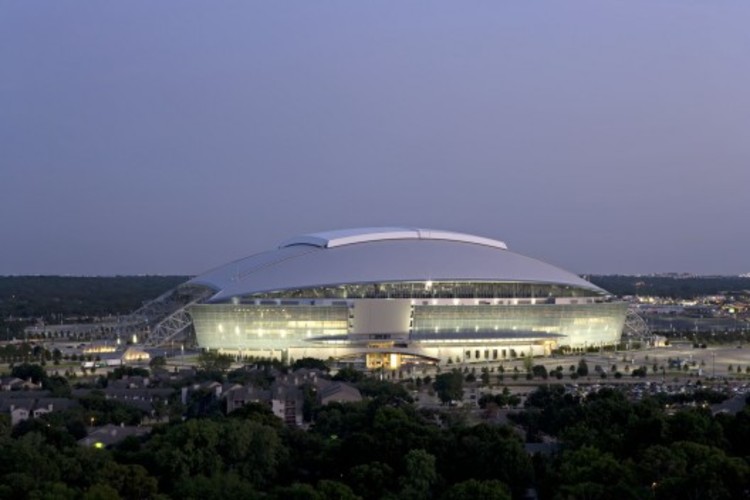 Horsens Stadium / 3XN The Danish town of Horsens brands itself on cultural events with a national as well as international appeal, not least when it comes to football and music. Home ground for AC Horsens, the local football team, and venue for mega- concerts with artists like Madonna and Rolling Stones, the Horsens Stadium required (read more…)

Za(breg) 2012 / njiric+ arhitekti njiric+ arhitekti’s design for a large stadium has been nicknamed as the “Blue Volcano” by the public and the press, an overwhelming built form that creates a presence in the city, a new landmark for the area. The stadium was conceived not as a building typology but rather as a topography. Using the natural undulation of the landscape (read more…)