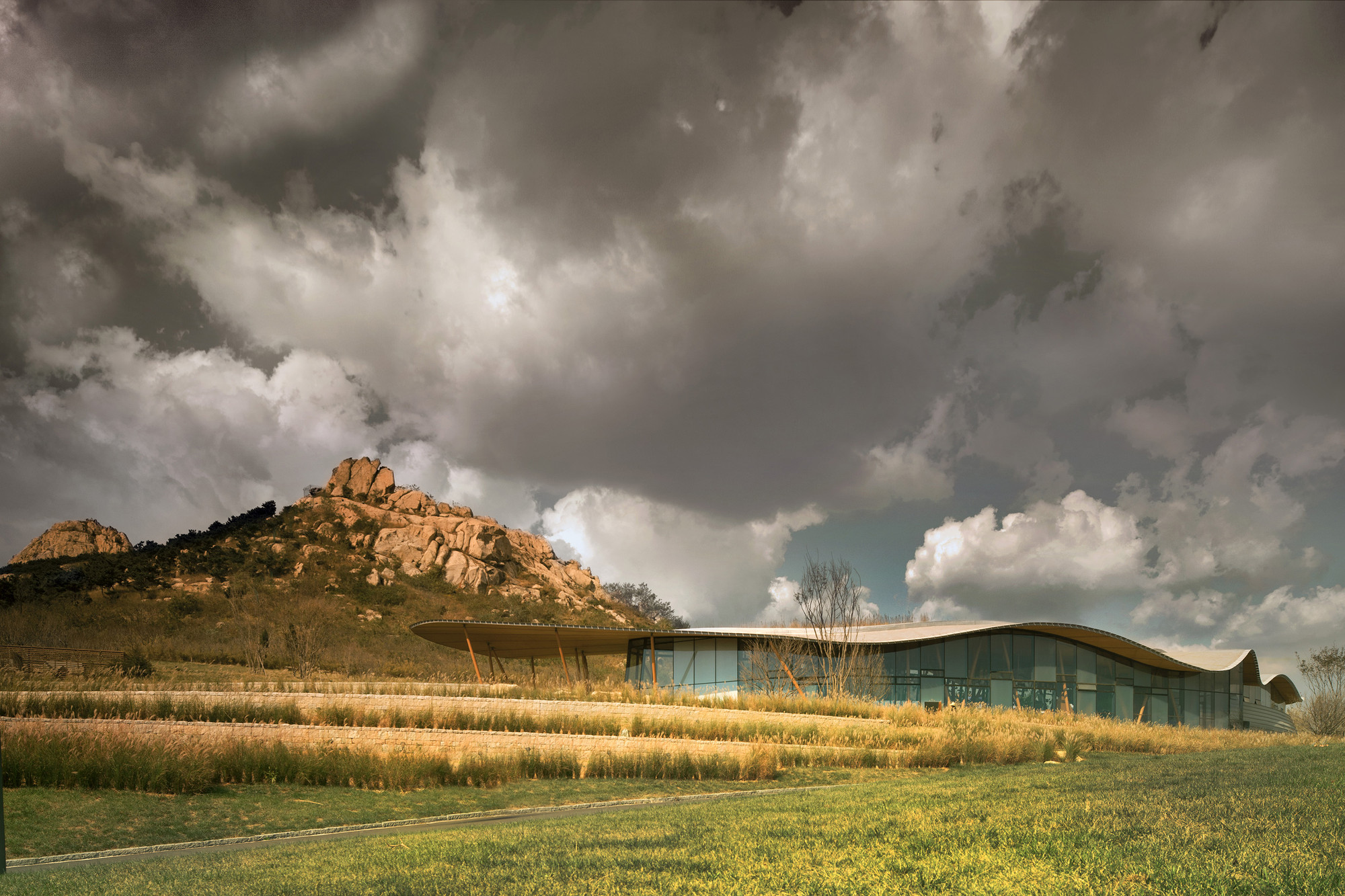 Independent lectures by both the architect and engineer at a respected Chinese University advocating the potential of wood design led to the initial contact for the project. The primary interest in reintroducing timber into Chinese construction typologies was based on wood being a renewable material and sustainable strategy.

After visiting the site and noting the precedent of traditional Chinese architecture composed of stone plinths and curved roof forms, a building with a heavy stone base and cloud-like roof was sketched. Three key locations were identified in the building; the entry point, the sales desk, and the tea bar and from each of these positions the undulation of the roof frames the view of the Pearl Hill ridge line. A forest of columns reminds the visitor of the bamboo groves of the entry drive. Native vegetation on the roof further mimics the site in color and texture.

The program of the building starts its life as a marketing center and tea bar. As the development sells its homes the building will be converted into a visitor center and restaurant for both residents and public visitors to the Pearl Hill Preserve, with its extensive trail system for hikers, pedestrians and bicycles.

After initial discussions with the client made clear the 234 day timeframe and existing technologies would not allow for extensive manipulation of heavy timber or time intensive engineered wood solutions, a practical decision was made to use local technologies and methods for quick and cost effective construction of the stone base.

The team devised a novel new approach to a very old method of side nailed straight 2x dimensional wood by juxtaposing each member ever so slightly against the next to create a purposeful twist in the panel, forming a series of large undulations in the roof plane.

The team needed to then invent technology to accommodate the tolerances necessary to marry the roof and pedestal into a visually cohesive piece of architecture. The roof’s independence from the base permitted precious additional time for development of the wood systems.

To accommodate the tolerances required in the site fabricated panels a 360-degree universal column connector, inspired by automotive drive-shafts, was invented to allow for field positioning of the columns while maintaining axial loads through the bases. 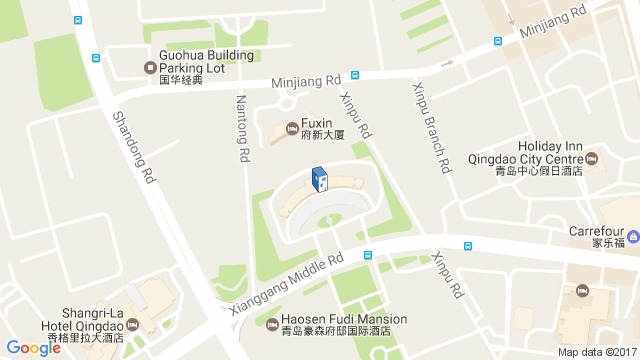 Location to be used only as a reference. It could indicate city/country but not exact address.
Share
Or
Copy
About this office
Bohlin Cywinski Jackson
Office
•••