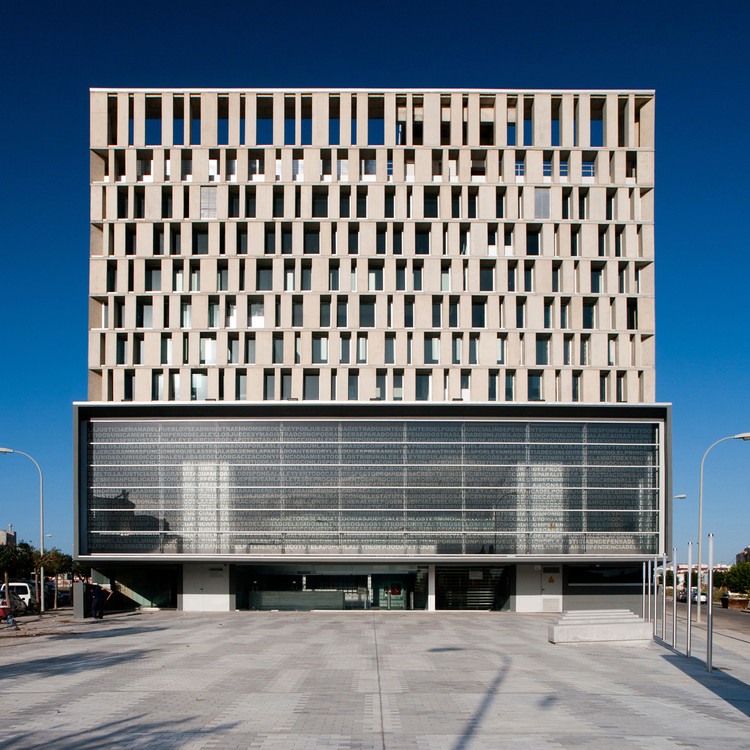 Text description provided by the architects. The configuration and extension of the town of El Ejido was done practically in the second half of the 20th century. The sharp increase in population has necessitated the provision of a new courthouse to concentrate all the powers of administration of justice. The site chosen to locate the complex is in an expansion area occupied by a low-storey building, low-rise housing and commercial vessels. The plot is situated in an enclave formed by the merging of two streets, with Avenue Oasis forming an important route connecting the town with the coast. Given these circumstances, the first premise of the project was to give the building an imposing volume available in the area and that would give the whole building its institutional character which requires a courthouse.

The plot is in the form of an isosceles triangle with two sides that give the base paths and streets its dividing line. The work was carried out with two blocks of varying heights parallel to the dividing wall.  Separate from this, was a little street-level access ramp to the underground and connected plant floor, basement and second floor. This arrangement freed up a frontal square area that served as an open-air atrium. The square is dominated by its space and the building’s great height, rather than any single feature, and is situated on the dividing lower block in order to suit the surrounding buildings.

The building is intended to convey the two conditions inherent in the administration of justice. On the one hand the strength and firmness shown by the strength of the buildings geometry and structural material. Then on the other hand, transparency, enshrined in the constitution of the porous boundary walls and partitions that allow friendly and complex nuanced relationship building in an urban environment. In fact, the construction of the main facade is reminiscent of poles placed on shelves.

The program meets the requirements of building uses and circulation of the various users of the complex. Access is from the front square. At this level the main hall and the services of bigger audiences, the wedding hall, civil registration, general office, police court and clinical forensics are all accessible. The last two have direct access from the street. The main hall is connected with the most important space of the building. The waiting room has views of the first floor through a staircase, which is empty, and a gallery overlooking the square. The waiting room has a height of 20 metres and has a set of vertical vacuums inside. This is protected by a lattice of concrete and glass, which also opens up into the offices in the courthouse, located in the five upper floors. The larger block then assumes the duties of citizen services, courtrooms and offices of courts and prosecutors. The small block houses archives, the police court, medical examiner and new judicial office. The integral part of this idea of ​​transparency and neutrality uses materials made of glass and other materials with white and metallic tones. What is left are only warm feeling finished materials which are used in representative areas such as the wedding hall and courtrooms. 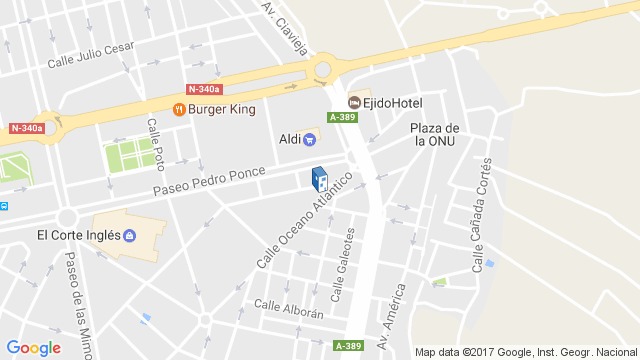