Save
AD Round Up: Great posts you may have missed these holidays!
Share
Or
Copy

Christmas and New Years are times to spend with the family, relaxing and enjoying the last days of the year. In doing so, we understand you may not be able to do what you do every day (check your e-mails, check your Facebook, check ArchDaily). So to start this year’s Round Up, we bring you a selection of great posts you may have missed these holidays. Enjoy!

Za(breg) 2012 / njiric+ arhitekti njiric+ arhitekti’s design fora large stadium has been nicknamed as the “Blue Volcano” by the public and the press, an overwhelming built form that creates a presence in the city, a new landmark for the area. The stadium was conceived not as a building typology but rather as a topography. Using the natural undulation (read more…)

Zig Zag Towers / MZ & Partners The West Bay Lagoon Plaza proposes two identical towers whose structure is obtained through a rethinking of the rules, manipulating basic forms in an unconventional way to produce buildings that are functional, yet also visually striking, favoring simplicity and denying decorative gestures. Located on the seaside (read more…)

Vila Hermína / Sepka Architekti The building is situated on a sloping terrain on the outskirts of Černín, taking the same slope into its internals for floors. The interior layout is based on alternating straight and sloping floor surfaces that create the overall spiralling character of the interior and define the building’s external appearance (read more…) 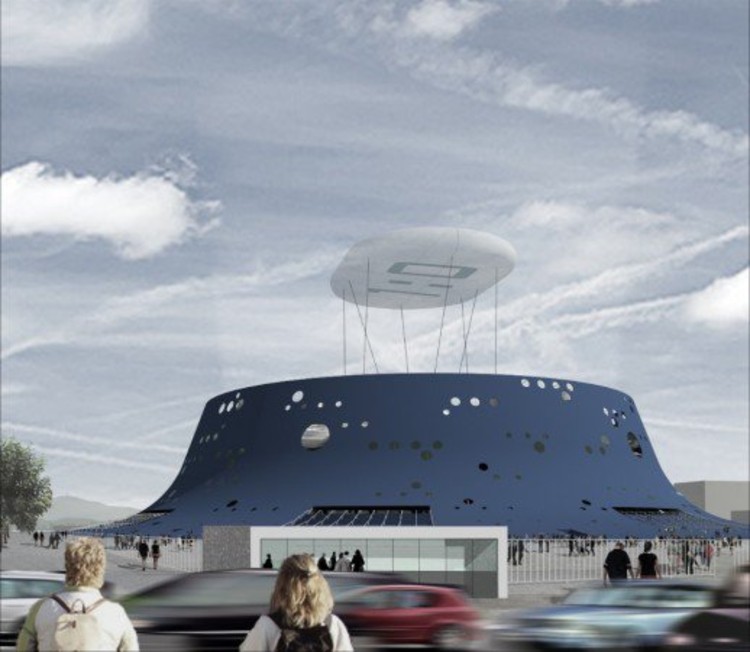 House in Casa de Campo / A-cero The benign climate that prevails during the whole year in the Caribbean island, as well as the situation of the plot of 7.000 sqm first coast line, they determine in advance the project executed by A-cero Studio. With a singular architectural idea and a certain level of risky, peculiar of the team that Joaquin Torres directs (read more…)

Centauro Concept Store / AUM Arquitetos The project for a concept store for Centauro at Shopping Cidade Jardim in São Paulo, Brazil, exploit some strong elements that the brand already has. The idea started from a design that shows, somehow, similarity to the existing brand and not a complete rupture. The use of the red and white colors (read more…)

ArticlesAD Round Up
Cite: Sebastian Jordana. "AD Round Up: Great posts you may have missed these holidays!" 04 Jan 2010. ArchDaily. Accessed . <https://www.archdaily.com/45464/ad-round-up-great-posts-you-may-have-missed-these-holidays> ISSN 0719-8884
Save