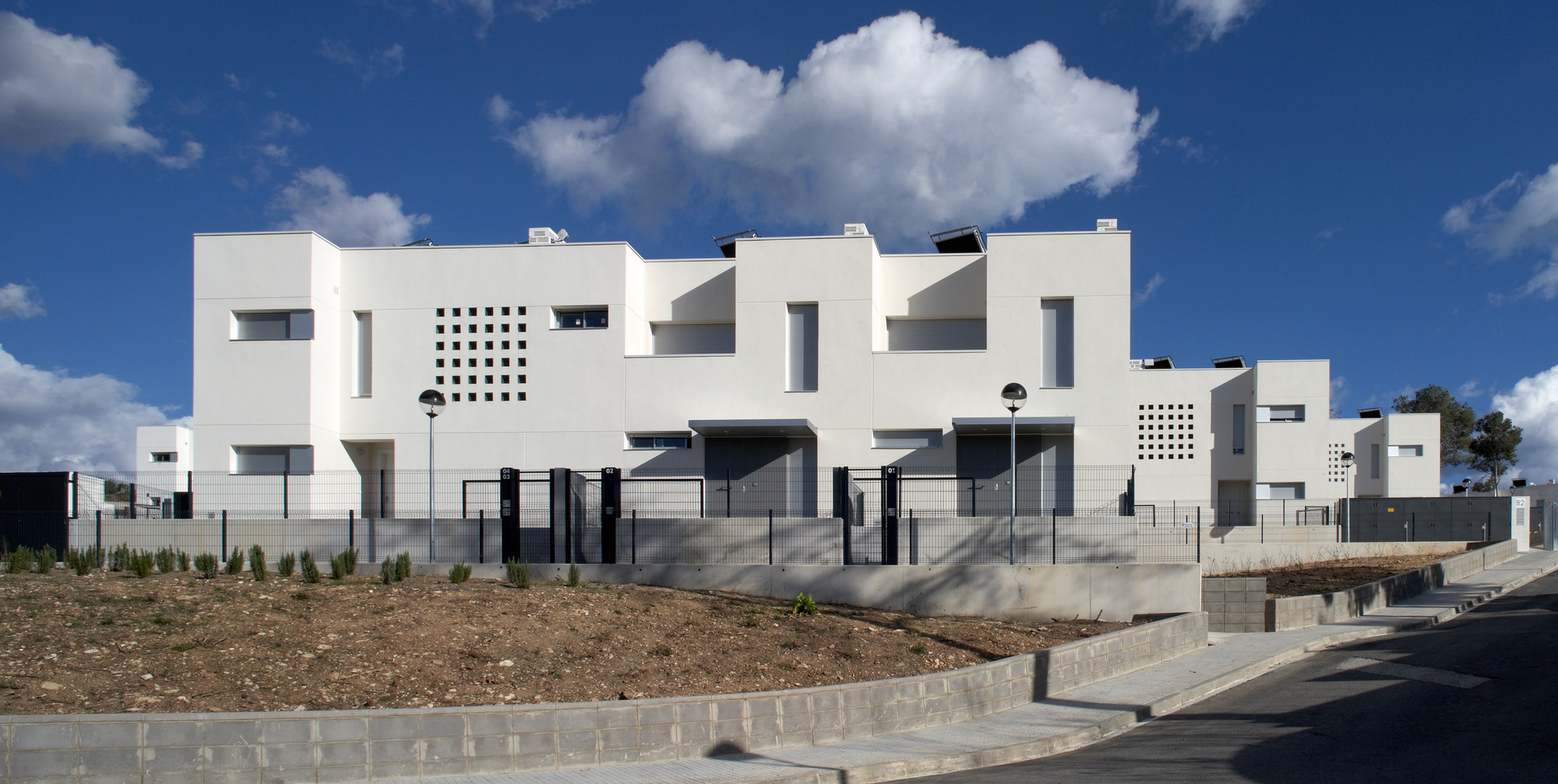 Text description provided by the architects. The Project, municipal commissioned to build 4.516m2HP. The place is located to the North of the city, in an environment of crop fields and wooded area of great landscape and visual quality, configured in a building housing single-family homes under an urban layout quite orderly and understandable. Decide how to invest and give shape to 4516 m2 Constructible, Colonize the place meant to adapt it to our purposes, "to the impact of architecture". It was, in some ways, to understand which attributes of the place would have been retained and which would have to disappear or transformed.

Analysis of the surface to build, to achieve a sustainable, proportionate and equitable distribution among proposed dwellings. The first operations, in groupings of "built masses" and its placement on the ground. It was thought as a big geometrical grid. A geometrical grid as a tool of rationality on the natural world and as the technical principle that facilitates the construction, economical building + technical rationality. Clear differentiation of the proposal, with respect to the surrounding urban, says his condition of ENCLAVE.

The proposal we presented will be organized starting from the introduction of 6(32vpo) and 3(20vpo) blocks respectively in each solar, formed through the use of the typology of housing in duplex. The block type models its length depending on the relative position in the solar and the number of houses built in. The choice of a duplex allowed us to explore a compositional and organizational strategy that were able to give the set a "dynamic unit" or "unitary multiplicity" in which the privacy of each user’s space will become in the formation of the new skyline of the slopes of the place. 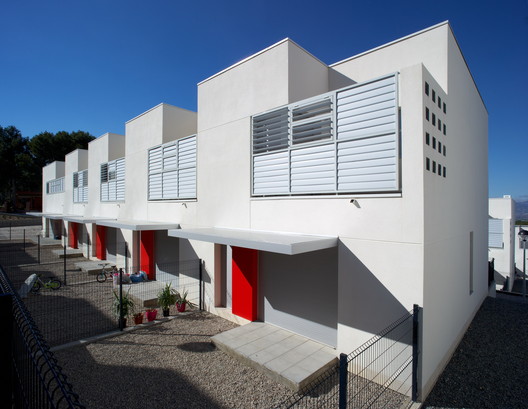